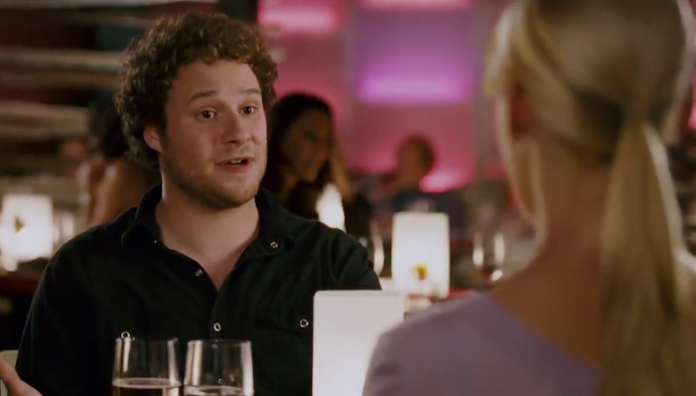 Going on dates can be awkward, even if it isn’t the first date or first time meeting someone. You don’t know what kind of conversations to have, you don’t know the boundaries, you feel a little unsafe yet secure at the same time and you just don’t know where this is going if you’re still confused about your feelings.

As we reflect on some of our worst dates mentally, a Twitter user asked women to share their worst disaster dates. Thanks to @_ItsMissBre, ladies are opening up about their worst dates and they will make you gasp, laugh, roll your eyes and everything else in between.

And if you thought you had it bad, just wait until you read these.

i paid for coffee because his card declined, was incessantly called “shawty” & was freestyled rapped to where he rhymed my name with “haha” https://t.co/mNveRLfyc7

Could you imagine having to pick up the tab, which isn’t usually that bad and having the guy break out into a rap, and then rhyme your name with the phrase, “haha”? I think it’s safe to say she didn’t give him an option for a second date.

It’s one thing to want to dress up a little bit to leave a good impression, especially on the first date. But this is absolutely horrible! Why would a man think he would be special enough to make the girl do something she wasn’t necessarily comfortable with just so he could feel her up? This is so childish and not surprising behavior to be honest.

Met via an online dating site. He corresponded with me daily for weeks and seemed pretty interested. Invited me to hang out, and it actually turned out to be a MLM recruitment meeting.

Traditionally that’s how most online dates go, if you find the conversation is great then you’d expect the date to go well. However, the fact that he used the opportunity to full-on turn the date into a marketing meeting!? That’s a new level of desperate for a business pitch.

I go to pick him up, he asks if I can pick up an ounce of bud for him otw (CO) I say we can go after I get him. I get there he asks where the weed is, I say let's go get some, he's like oh that's okay.. Turned out he was homeless and stole his phone from his last Tinder date.

Are you kidding me!? This is absolutely disgusting that someone would do this to another person! What a sneaky person using Tinder to get free weed. It just goes to show that you really can’t trust who you meet online.

Met a guy at Starbucks. About 5 minutes in, he asked if I wanted to go back to his place & pee on him. I burst out laughing. He got mad & left. I'm not one to kink shame, but prior to that we had not discussed anything remotely sexual.

I absolutely do not kink shame either, but my goodness what an opening line! Especially if you haven’t actually had a single sexual kind of conversation. “Come pee on me,” is a new kind of line to try and impress someone, and I don’t blame her for how she reacted. I would have laughed too and went running for the hills.

Until I read these stories I truthfully thought that I had some bad dates in my life. But the ones I just read are so much more worst by comparison. I don’t know anyone who has had as bad of a date as these. It might have been traumatic at the time, but at least you can have a good laugh about it now!

Do you have any disaster date stories? Share yours in the comments below!

Featured image via Knocked Up