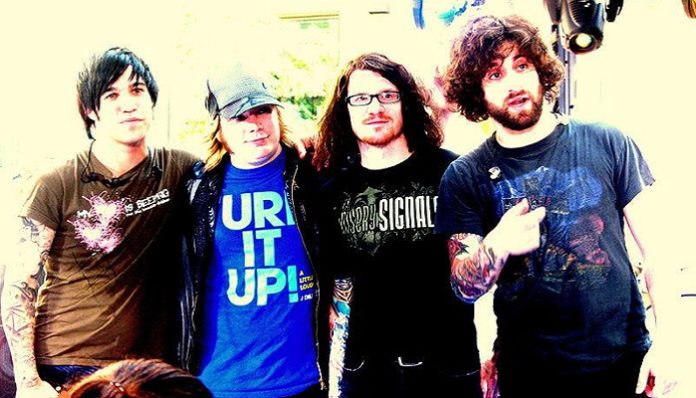 When I was a kid and young teenager, I fell in love with the wonderful world of punk rock music. It was a lifestyle I became so absorbed in and I became obsessed with all of the musicians you could think of that wore black clothes, skinny jeans, black nail polish and eyeliner. You can thank Green Day for starting that monumental phase in my youth.

As I grow up and continuously revist my old musical roots, to which I still know every word to, I still tend to keep up with how the bands are doing. Maybe part of it is to see how they still look, but I can honestly say that whenever I see a picture, I’m not that shocked by a drastic difference in their appearance!

Here’s a look at how the former heartthrobs of punk rock look today:

The only way you could tell them apart was by their tattoos and their haircuts (which really haven’t changed much over the years). Otherwise, they looked pretty identical, which only gave us more reasons to love them!

You’d be lying if you said you didn’t find his guyliner attractive at one point. He was my biggest crush and thankfully he hasn’t changed over the years. It’s as if it’s still 2005 when I look at him now… Except he has a bit more wrinkles and greyish facial hair.

Even though he wasn’t the frontman for his band FallOut Boy, he unofficially was in all of our hearts. Much like most of the guys on this list, he hasn’t changed all that much and still looks pretty good he’s now a dad of three (and I’m not the mother to any of them) and in his thirties. Aside from his new wife, the long hair needs to go and he’s golden!

He may have gone a little odd since he abruptly left Blink 182 again in the past few years, but this former heartthrob has changed a lot since we first saw him running down the street naked in a music video. But one thing we can confirm has stayed the same is his love for aliens. Otherwise it’s like he’s a new person.

I’m not into taking selfies anymore but I figured it’s been a while since I’ve posted an updated picture of what I look like these days. So there you go.

Okay, so he still looks the same as he did when we first fell in love with him in the mid-early 2000’s. But what is going on with the long hair!? He’s kept out of the limelight since My Chemical Romance parted ways in 2013, so it’s not often we get a look of him anymore. Now I see why.

As you can see, they age like fine wine, they only get better looking. I mean, especially the Madden brothers. There’s barely a difference in their appearance! I’m not going to lie, they still have the ability to make my heart flutter and I would still sell my soul to see them perform (especially reuniting with their respected bands if they’ve broken up).

Featured image via audreylynne / CC BY

Follow These 6 Steps To Transform Your Home Into A Social...