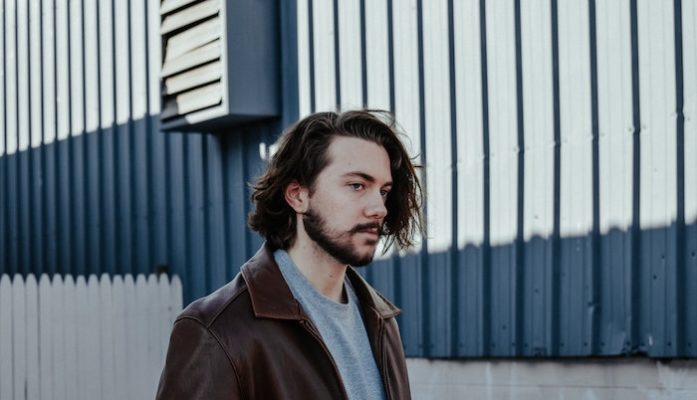 You know that famous scene from Forrest Gump, where Forrest tells the lady sitting next to him on the park bench how life is like a box of chocolates? I’d also file online dating under that category of, “You never know what you’re gonna get.”

I was 23, single, and had just moved back to the big city after a stint of living at home with my parents on Long Island. I was living in a three bedroom apartment with two roommates in Astoria.

My old friend turned new roommate, Krystal, had met the guy she was dating on OKCupid. Back before the days of Tinder, when dating apps had yet to take over the digital dating scene and free online dating sites were few and far between. New in town and wanting to meet new people, I decided to give it a shot.

I created a witty profile, uploaded a few pics, answered some obscure questions on things like math equations and creationism which were apparently supposed to help OKCupid find my dream man … and forgot all about it.

Until one day, when a funny message from an OKCupid user Mike* caught my eye.

Upon viewing his profile, I saw that he was also a fan of Bukowski, liked cats (a must) and worked as an editor, like myself. We exchanged a few messages back and forth and ended up setting a date for later that week.

He chose a bar that I had frequented in my college days, due to the fact that this place serves $2.50 mixed drinks from 5-8 every day. As I headed over to meet him, I wondered if this was also the reason that he chose this spot. But hey, at that price I could afford to knock one back while waiting for him to show — and that’s just what I did.

I was halfway into my vodka soda when Mike appeared, carrying what looked like camping gear. He wasn’t exactly a tall guy and the load he was hauling with him made him look even more miniscule. Unlike his photos, he had the beginnings of a poorly trimmed beard happening and his hair was more unkempt than in the pictures on his profile.

Maybe he was trying for some kind of hipster look?

We introduced ourselves, and Mike ordered (and quickly downed) a whiskey and ginger for himself without asking if I needed a refill (I did). We made small talk, which lead me to ask the standard, “What do you do?” question. When I did, I saw his expression go sour.

“I used to be an editor but they let me go recently,” he told me. Mike went on to talk about the freelance articles he had been pitching to sites and said that he had had a few of his pieces picked up by various publications but that waiting for the freelance checks to arrive was taking forever.

I let him rant about the pains of job searching (particularly in New York and especially when it comes to full-time paid work as an editor.) Finally, he asked me what I did and at that point, I really, really didn’t want to tell him.

“I work for Yahoo*,” I said as quietly as I could, hoping that maybe he wouldn’t catch the name of the company.

This lead to him ask probing questions about how I’d been hired there, if I knew anyone in HR, and if I could help him out by getting his resume in the right hands.

I promised I’d see what I could do then quickly changed the subject, telling him I had just moved into a new apartment in Astoria with two new roommates. He asked me to describe the layout of my new pad … in detail. He was particularly interested in the new couch I had just bought and whether or not it was a pull-out, which I thought was pretty odd.

Then came the kicker.

I asked Mike where he lived and with who.  He told me that he had been living in Brooklyn before he got laid off and since then he’d been crashing on his friend’s couches around the city.

But last night, the guy whose couch he had been staying on for a while had apparently had enough of his freeloading. So last night, the night before our date, Mike had spent the night sleeping in Union Square Park.

Turning to your parents for help in your 20s always feels like failure but occasionally things get to a point where it’s time to throw in the towel and head back to your parents place (or somewhere more permanent than your buddy’s couch) in order to regroup and figure out a way to get your life back on track.

Mike was definitely at the point where this needed to happen.

But unfortunately for Mike (and not to mention, for me and anyone else he’d set dates up with that week) he hadn’t come to terms with this yet. At this point, I thought things couldn’t possibly get worse but as we were both heading out, Mike followed me to the subway.

“Listen,” he said, “I can tell you’re not interested in dating me but is there any way you could ask your roommates if I could crash on your couch for a few nights?”

I apologized, saying that I’d only just started living there and that it wouldn’t be appropriate. I wished him well and got on the train home.

I have no idea what became of Mike, or how many other OKCupid users he tried to convince to give up their couches for a few nights, but I really do hope that everything turned out okay for the guy. If we ever cross do paths again, I’d thank him for providing me with the most epic online dating story a writer could ever ask for.

*Names have been changed

Photo by Nathan Jefferis on Unsplash