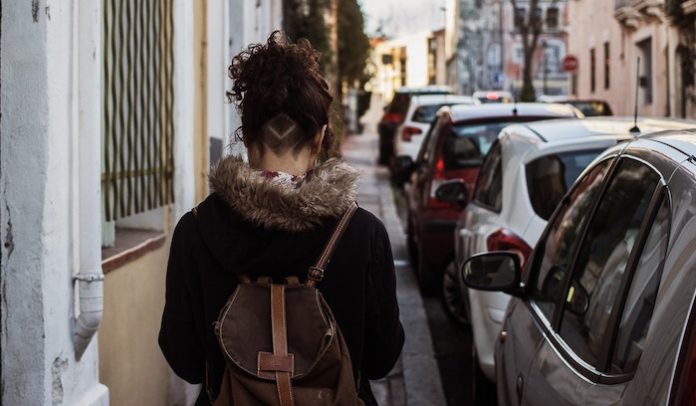 They say that in life, you attract the energy that you give off to the world.

If that is the case, then I have been giving off some pretty bad vibes lately and wishing nothing but unhappiness to all who come in contact with me. The past couple months, a lot of things have been changing for me. Some good, some not really; I have no real complaints about that. The problem that I do have is that with those changes that I have been making to my life, some people have decided to come out of the woodwork and feel the need to interject their thoughts on how I should be living my life and the decisions that I have been making — giving me their opinions when I never asked them to.

Believe me; I’m open minded and willing to hear out all advice/opinions that people give (I should be, considering I write an advice column), but it’s when people feel the need to tell me what I have done right and wrong in my life when I didn’t ask for it that really grinds my gears. Especially when they’re on the hot mess express and not planning on making a pit stop to change their life anytime soon.

My problem is with the people in the world who are missing something in their own lives, so they feel the need to dissect someone else’s life and give “advice” on how they should be living it. And by dissect, I mean “harshly judge and jealously rage behind people’s backs about all the things that they ‘hate’ about them.” And by “give advice,” I mean “brutally criticize to people to their faces in a way that looks like it is ‘helpful’ and just an ‘honest opinion.’t In reality, it is just rude and it’s them projecting their insecurities on someone else, but trying to twist it in a way that might sound like it is being helpful.

I don’t care whether you take or leave the advice I give. Hell, I’m not even forcing you to read it. I just like the idea that as I work out my own problems, I could potentially be helping someone else with theirs. I’m not afraid to admit that I’m not perfect; I’ve made a hell of a lot of mistakes in my lifetime, but I’m not afraid to tell the world about my mistakes in the hope that it could prevent someone from doing something as idiotic as what I did. I’m ecstatic when people tell me that they actually read and love the ideas I give them, but believe me; I won’t force my ways of thinking on you. Except for with boy bands, minions, Andrew McMahon, Pittsburgh Sports and animals being better than people. They’re the best. Don’t try to fight me on it. You will lose.

I would love to say that those people are few and far between, but unfortunately, they are lurking around every corner, hoping to catch you off guard and make you fall off the escalator that you have started to rise up on. They will insist that they’re there for you, that they’re the only ones that are “real” with you, hat they’re the only ones that will give you an honest opinion on things.  In reality, though, honesty and negativity are two very different things. While it would be great to have someone’s honest opinion without a bias or some hidden message behind it, there are people who will use this to their advantage and tear you apart in order to feel better about themselves. No matter what, there are going to be people in this world who don’t like you. Let them hate, but don’t associate with them. No matter how hard you try to make them like you, their jealousy will always overcome them, and you will never be able to have a healthy relationship with them. Your time is far too precious to waste on anyone who is never going to truly appreciate the amazing person that you are.

Lesson to be learned: Walk away from anything or anyone that gives you bad vibes. There is no need to explain or make sense of it to anyone. It is your life. Do whatever the hell makes you happy. Yes, I did just steal that advice from a picture on Pinterest, but it is the truth. Not everyone in this world is going to like you and that is okay. It is a tough lesson to learn, but when you do, you will see that the world is a much better place when you only associate yourself with positive people who would prefer to lift you up rather than watch you fall.

Photo by Steevy Hoareau on Unsplash