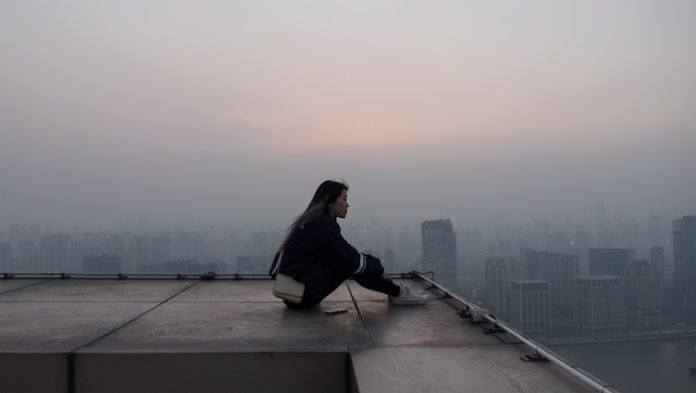 I have become intimately acquainted with a thief. A thief that snakes through my mind without a care, kicking me down and vindictively tearing me away from everything I love.

It robs me of my passion, absconds with my happiness, and snatches my vitality.

It creeps into my mind slowly, stealthily—a shoplifter pilfering the small joys of life one by one, then plotting a silent escape.

That thief is depression.

I never expected that depression would steal away the one glimmer of light in the darkness—my coping mechanism, my joy, and my passion.

I was a writer in spirit long before I was a writer in name. I began writing to cope with the demands of college, messily scrawling through journal after journal, chronicling the fears of a college upperclassman—the stresses of midterms and finals, the challenges of a looming senior project, and the anxiety over an uncertain future. Writing quickly became my coping mechanism—my lifeline.

I constantly, frenetically wrote through my first few months in the “real world,” as I navigated job rejections and an ever-changing series of temp jobs. In my darkest moments, when I worried over my uncertain future and began to lose faith in myself—when I found myself sinking—writing buoyed me.

Until depression—the thief I had intently attempted to ward off—crept into my mind, breaking and entering without an iota of concern for my well-being.

Out of the corner of my eye, I could glimpse the thief as it sidled in; its presence nearly camouflaged against the chaos and clamor of my mind. I felt powerless to stop it, watching numbly as it drained the color from my face, the life from my eyes, and the music from my ears.

And then, depression—the thief that it is—locked away my passion, my most powerful form of self-care—writing.  Words flooded my mind, but the ever-present thief extinguished my desire to write. I dreamt in poetry and thought in prose, weakly wishing that I would experience the fiery yearning to put pen to paper—to express my thoughts. But as I lay in a dazed stupor of sadness and hopelessness, depression shut out my motivation to write—holding my words hostage.

I continued my descent into complete numbness, convinced that depression had stolen everything from me. I held onto a glimmer of hope that one day soon, I would have nowhere to go but up. I would regain everything I had lost—my desire to write and my ability to cope. But depression had thrown me into a deep pit—a dark, engulfing sinkhole. As I desperately attempted to claw my way out of the pit, I assumed I had sunk to the bottom—reaching my lowest point.

I received unexpected news that affected me directly, personally, and deeply. In that moment, my life felt shattered—completely irreparable. The numbness I felt was replaced by a gnawing, burning anger. For the first time in over a month, I had experienced a sensation other than perpetual sadness and fatigue. Fury stirred inside of me, competing vigorously with the frozen feeling that had inhabited my mind for so long, but the numbness won out. I knew then that I had to find a way to cope before I sank any further into depression.

Through writing, I emoted everything I was feeling—the sadness, the anger, and the frustration. Fighting the battle against my depression and winning back my coping mechanism took all of my resources—my energy, my desire, and my mental strength. With every word, however, I snatched back what depression had stolen from me—desire, motivation, and drive.  I felt happiness swell within me as I realized that I had begun to oust my thief. By working to drive out depression—by beginning to banish the twisted thief that occupied my mind—I felt like myself again.

Depression was my thief.

Writing will forever be my healing act.

Photo by Adi Constantin on Unsplash