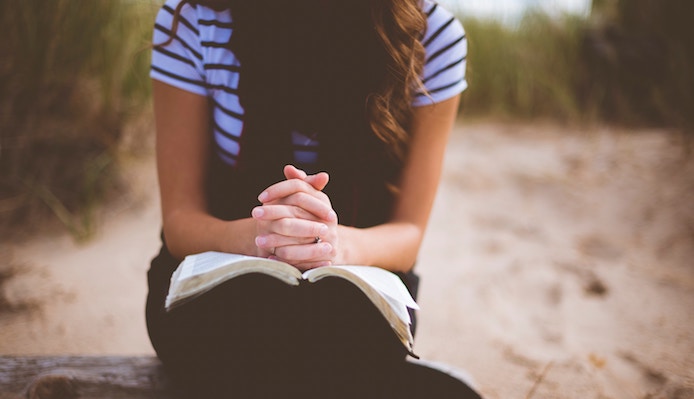 When you think of the words faith and disability you don’t think that they go together. But, for me they do. As a baby, I weighed 1 LBS 6, 0z’s. (9oz’s after undergoing a hernia surgery.) I was what they called, a micro-preemie. I died 3 times and was brought back each time. I have always had this strong sense of God’s presence in my life.

My relationship with God has always been personal to me. My church community teaches us not to question God’s reasons and to be honest for a very long time I never did. That all changed when my sister was diagnosed a type 1 diabetes at 14, and our pediatrician told us, had my mom waited and not insisted she is seen by our doctor at the time, it would have been too late. Shortly thereafter, I began to change how I talked with God. Before my sister’s diagnosis, I always felt like I had to be careful with my words when I talked him. No matter what the topic was. But now, I realized he has seen and heard a lot himself,  so why hold back anything when it came to talking with him. I know know that wasn’t being completely honest with him or myself. And that was probably why I always felt a such a strong sense of his presence throughout my life. He was trying to tell me he was here, and he was waiting for me to make the first move.

I soon realized that God would rather have an honest, and a frank conversation. Sometimes that means not sugar coating things. Which I no longer do. I also realize now that questioning God’s methods is not a bad thing, but instead a human thing. No matter what happens God is in control.

I know for a fact that I am a control freak and the ultimate worry wort. This is smoothing my heart and never can get on the same page about no matter how much I attempt to practice it. You would think that I would use it by now, but nope. I have decided that I just it all go by praying and finding constructive ways to let whatever I am feeling at the moment out. Even if I am angry with God in the moment, it never lasts because he never leaves without a way to figure it out.

Especially, when you are given a physical challenge, that requires more effort than normal. It’s funny to think about that with a disability as complex as Cerebral Palsy is, you’re always trying to think of innovative, outside of the box ways to do things that non-disabled take for granted. All the while, society continues to make attempts to fit you in this one size fits all box. This is where the test of faith comes into play.

Figuring out the delicate balance of how much faith you should put in yourself and in your faith in general; like the scales of justice. But more on a personal/spiritual level. Which scale should be higher than the other? I honestly believe that is no such thing as a perfect balance.

The only truly thing that can be connected to faith and disability, in my opinion, is a delicacy.  A delicacy in how we treat one another who are different. Remember respect, equality and humility, that is where the true balance lies.

Photo by Ben White on Unsplash

Originally Published in The Mighty

With Every Failed Relationship, I Find A New Piece Of Myself

5 Reasons You Should Truly Be Excited To Enter Your 30s