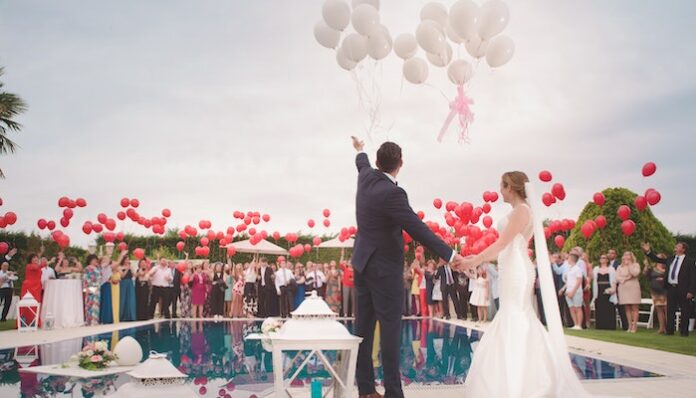 I went to a wedding in Philadelphia with my girlfriend, Lorri. She was a bridesmaid, which meant I shared in the full complement of her duties. Read: the Friday-to-Sunday gauntlet of meals and pictures and shiny dresses and small talk with people whose names you don’t even try to remember.

Generally, I like other people’s weddings. You eat and drink like a war’s just been won, you’re expected to make a fool of yourself on the dance floor, and there’s cake. Oh, and it’s usually free. Better still you get to toast the very beginning of something, the still-furled bloom of a union just made legit by law and (if it’s your thing) Lord.

As a man edging towards his late-30s, I know of which I write: I was the best man to both my brothers and a close friend, and have served as a groomsman on a handful of other occasions. I’ve been to weddings held in churches, on beaches, in vineyards, and one under a tent in the desert that nearly got blown over by a freak windstorm as a Mariachi band played.

I had not, however, been to a wedding with Lorri, a fact that didn’t occur to me until we were halfway to Philly from New York.

You see, I’m anti-marriage, pro-wedding. I don’t believe in marriage and Lorri does.

For me, the wedding seems like the best part of it, like the high from the first hit of a new drug that you’ll forever try, and fail, to reproduce. Whereas Lorri likens marriage to a coming-out party for love and sees it as fruition, not the beginning of the end.

Despite my views, I find the speculation about the death of marriage absurd, if only because it doesn’t acknowledge the hypnotic power of matrimony. All the proof you need can be found in the tight smiles of single men at weddings, in the ever-teary eyes of the unwed women, in the fear and envy behind both. The very thing, I realized, that Lorri and I were walking into as we arrived at the rehearsal dinner.

An hour later, it was as if someone had counted me down from ten: hypnosis was in full force. I went under right about the time the mini-quiches and grilled sea scallops were circulating.

Dinner was kicked off by an uncomfortably long prayer from a born-again uncle and was interrupted constantly by a slew of toasts, including those from the requisite drunken bridesmaid, fraternity brother groomsmen, and awkward stepmother.

I tracked Lorri’s reactions throughout and saw her get teary a couple of times as she looked my way. We were cute babies, her eyes said, that could be us. I smiled, lips tight, and wondered why it was taking so long for dessert to arrive.

Time sped up the next day. Lorri was off getting her hair, makeup, and nails done while I played golf with a group of guys whose wives and girlfriends were also in the wedding. Later, Lorri emerged briefly in her bridesmaid dress, which was — you guessed it — watermelon pink with a slight shimmer. She was harried, scrambling for keys and shoes, and dashed off before I could tell her that she looked stunning.

The church was an Episcopal number made of stone, the interior framed in soaring white walls, the ceiling slashed with beams. I sat next to Lorri’s friend Jena, with whom I’ve become friends. “You and Kevin get married in one of these?” I asked as we waited for the bride to emerge.

“We tried,” she said. “But Kevin didn’t want the minister to use the word ‘God’ in the service, so we did it outdoors with a justice of the peace.”

For the record, I’ve always liked Kevin. He’s a physicist, a practical man.

Lorri emerged ahead of the bride and looked even more striking than before. She was nervous, walking carefully in that stilted gait insisted on by wedding planners. I swallowed hard and caught myself welling up. As the bride appeared, I glanced in the opposite direction, towards the groom. He wore an easy smile. Maybe that’s when you get married, I thought, when you’re not afraid anymore.

The reception was — again, you guessed it — at a country club.

The sun came out for the first time all day and laced the dining room in light. More cocktails, a table tiered in cheese and crudités and fruit. Lorri appeared at my side, held my hand. I relaxed. It felt wrong to be at a wedding both with and without her. And she was so happy—for her friend, for herself, for us being a part of it all.

We boogied, a lot. I played the fool on the dance floor, as I should. There was more food, more toasts, and alas, cake. My worries had all been for naught. I’d had fun, as I always do at weddings.

“I know,” I said, as it occurred to me that I might want it too — but with her only.

“If it weren’t for the cost,” she added, the dress falling from her shoulders to the floor. “What a waste.”

And like a snap from a hypnotist I returned, only slightly worse for wear.

Originally written by johnmeils on YourTango

Photo by Álvaro CvG on Unsplash 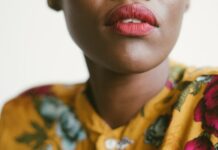