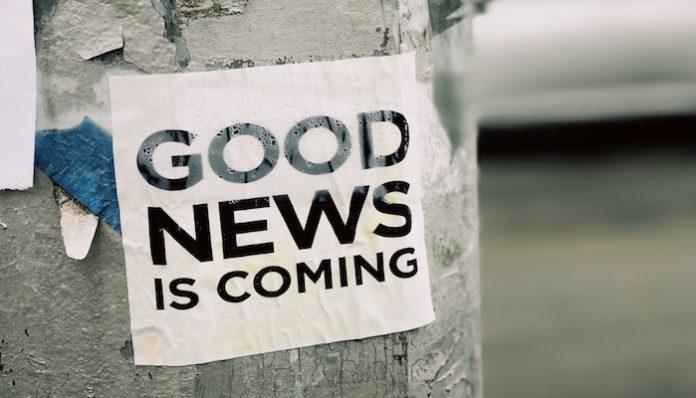 The past year hasn’t been the best for good news. Let’s be honest, we’ve had everything from fatalities, bombs, devastation to “fake news” (that really isn’t fake, but anyways…). Unfortunately, we were so surrounded by the negative news that we failed to get educated on the positive notions going on in the world.

Here are some great news stories to help prove that some good did come out of 2017:

Scientists have discovered how to successfully rebreed sections of the Great Barrier Reef.

The disturbing images that surfaced throughout the past year were heart-wrenching to see, especially because the Great Barrier Reef is one of our most magnificent beauties this world has to offer. Studies say that scientists learned a few natural techniques that will drastically improve the growth. The main way will be by capturing coral eggs and sperm and replanting them. Basically it’s IVF for coral.

Honey bee populations have increased by 27%.

This is a cause that I became extremely passionate about because these (semi-scary) little guys are a huge part of our lives for a number of reasons. According to the U.S. Department of Agriculture, they are on the rise due to 2.98 million bee colonies existing in the US alone. Researchers have also found an insecticide that doesn’t kill bees either. Thank you Cheerios for increasing awareness with your numerous campaigns!

The Amazon rainforest is about to get 73 million trees planted.

Conservationists agree to plant 73 million trees over the next 6 years to the world famous rainforest. And even though they’re making large efforts to increase and preserve the habitats and ecosystems, the next prime minister in New Zealand wants to add 100 million trees on top of that, next year alone. When you calculate it out, they’re about to cover 70,000 acres of land with new development. This is the largest reforestation in the world!

The snow leopard is no longer an endangered species.

These adorable felines were very close to being extinct. Although they are no longer in that category they are still part of the “vulnerable category”. But the improvement for their species is remarkable. They’ve been considered endangered since 1972, better late than never to see a positive change!

Amazon’s new headquarters will have a homeless shelter.

It was announced that when the new Amazon HQ in Seattle is finished being built in 2020, that it will include a space to house 200 homeless people. They are partnering with a local nonprofit called Mary’s Place to create 65 rooms. Not only will it create shelter, but it will also create job opportunities and provide informative classes on how to obtain employment and permanent housing.

We’ve seen everything on this list from preserving nature, rescuing animals in harm’s way and restoring our faith in humanity with providing new opportunities on this list. It’s nice to know that there are good things continuously going in this world that we are unaware of. Share the good news and continue to make the world a better place. And in the words of my favourite person Ellen, “be kind to one another.”

Photo by Jon Tyson on Unsplash