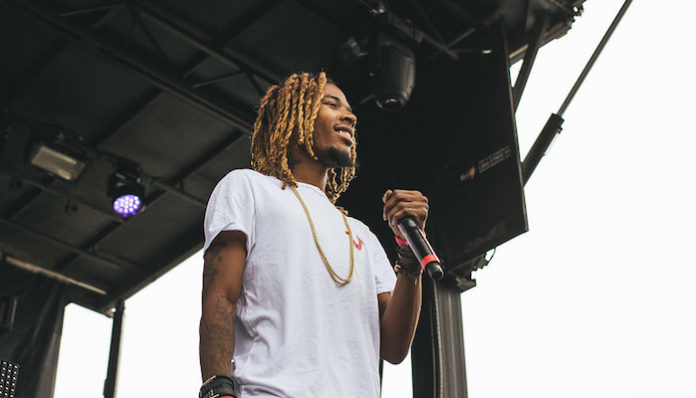 Several weeks after it was confirmed that Fetty was expecting a child with Love & Hip Hop Hollywood star Alexis Skyy, the rapper also revealed that he was expecting a baby boy with Lezhae, the mother of one of his daughters.

Since the announcement, people have been wondering exactly how many kids the 27-year-old rapper has. Fetty cleared up the rumors about how many children he has on Instagram. He wrote, “Actually, my son is on the way so it’s be 7 at 27 with 22 million.”

Seriously, does this guy not believe in contraception or something?

Even though the mothers of his children might not be on good terms with each other, Fetty Wap had nothing but good things to say about his baby mamas. “All of my kids’ moms have moved on and living their life. They allow me to be a dad to my kids.”

With seven babies and five baby mamas, things can get a little confusing. Here is what you need to know about Fetty Waps baby mama drama.

Ariel hails from New Jersey. Fetty and Ariel have a four-year-old son named Adyin and have been each others’ lives for the past 11 years. The two still remain on good terms.

Reese praises Fetty’s parenting skills and musical accomplishments. The rappers famous song “Trap Queen” was originally written for her when the two were still together, according to InFlexWeTrust.

Lezhae is the mother of Fetty’s daughter Zaviera and recently newborn son. She and Fetty are sometimes on good terms. In November 2015, a video of them arguing went viral. In the video, Lezhae is holding a knife while yelling back and forth with Fetty, who threatened to “f–k her up.” Yikes.

Since then, the couple has rekindled their relationship to welcome Fetty’s seventh child which Lezhae so graciously posted on Instagram.

This Love & Hip Hop Hollywood star found out that she was pregnant with her first child, Khari, with Fetty Wap while she was on her way to a breast reduction consultation.  After learning of the pregnancy, the two engaged in a social media feud. Since the fight, the two have put the drama behind them and are co-parenting.

Alexis, another star of Love & Hip Hop Hollywood, has been in an on-again, off-again relationship with Fetty. The ex’s welcomed their new born baby daughter, Alaiya, two months ago after the baby was born prematurely.

The remaining two baby mamas remain a mystery. There are theories and allegations people have proposed but nothing has been confirmed. All we know are the names of Fetty’s two kids Lauren and Amani. I don’t blame them, if I were to get pregnant with Fetty’s millionth child, I would hide from the public too.

Fetty has seven kids with five different women. The rapper is on good terms with most of the women (as of right now) but some of  the women aren’t on good terms with each other. Man, Fetty Wap’s family reunions are going to be one hell of a sight. I hope one of the baby mama’s Instagram lives that shit. If so, I’ll bring the popcorn.

I Closed My Heart To Everyone & Everything, Including Happiness