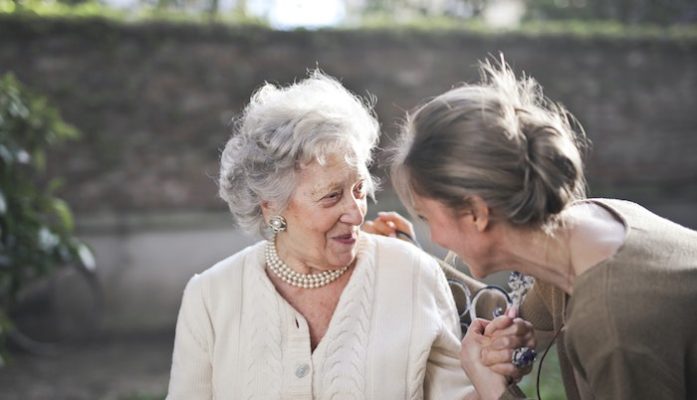 Communal living is making a comeback. However, when people find out I live with my in-laws, I still get a lot of different reactions varying from pity to horror. People simply can’t understand why—or how—my husband and I can do it. I’m never sure how to react to people’s comments, so I usually nod politely and change the subject. But here’s what I’m really thinking when you make these comments:

GOD BLESS YOU. My husband and I have had very few people react this way to our situation or to communal living in general. If you’re one of those people, we love you so much. Whenever I hear this comment, I feel 4000% calmer about the social repercussions of my living situation.

Here’s the short answer: if we move into an apartment, it will take us several years to save enough to get a cheap, crappy house. Living with my in-laws allows my husband and I to save money so we can afford a not-so-crappy house in just one year.

The long answer involves some millennial rage, so buckle up. I have never gotten this question from anyone under the age of 40, and it’s not hard to guess why. Before the baby boomer generation, communal living was much more popular. It was normal for adult children to live with their parents, even after getting married. Then the Second World War came along and brought a huge economic boom that made independence possible at a much younger age. So the boomers went out, got jobs, bought houses, all by their late teens or early 20s. Now they hound millennials for not living the lives they lived, despite the wildly different economic and social landscape of the 21st century.

This comment makes me feel good, even though that’s not what the speaker really means to do. What people usually mean when they say this is “I hate my in-laws and now that I’ve said it, you’re allowed to say it too.” But the truth is, I seriously love my in-laws. My in-laws are not only generous and gracious people who are making it possible for us to get our own house, but they’re also genuinely interesting, likable people. My husband, his dad, and I play a weekly Dungeons and Dragons game with some friends. I hang out with my mother-in-law and my nephew (who also lives with us) every morning during breakfast. Our communal living situation presents all kinds of difficulties, but hating my in-laws is not one of them.

Ah, the sex question. People seem fascinated with how my husband and I manage to have sex while living with his parents. Even though it’s a fair question, I never know what to say. I mean, how did your parents have sex when you were living in the house? We’re quiet(ish) and discreet(ish) and very ready to move out.

This is actually a nice question because it gives me space to vent without feeling like I’m complaining about a situation I’m actually very grateful for. But you can be grateful and annoyed at the same time, trust me.

The hardest part of communal living is balancing all the different versions of adulthood that now mesh under one roof. My husband lived a certain way when he was on his own, and so did I, and now we’re not only combining our own styles of adulting, but we’re also trying to combine them within the structure of someone else’s well-established household. And it’s not just anybody’s house, it’s his parents’. Anyone who’s moved back in with their parents knows that it can be hard to feel like an adult when your parents still see you as a teenager. And any parents who’ve had kids move back in know that it’s hard to treat your kid as an adult when they expect things to be the same as they used to be (i.e. you cook dinner every night, clean the house on your own, etc.)

Even though I get a lot of questions about living with my in-laws, I don’t get as many as you might expect because a lot of young people are doing communal living now. One of my friends is staying with a friend and his parents. My brother lives with two friends who just got married. Everybody’s doing what they can to make it work, so be compassionate and just enjoy whatever living space you go home to every day.

Previously published on Megan Writes Everything