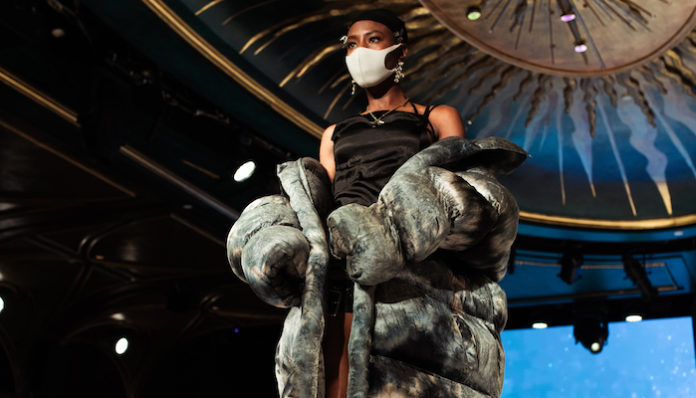 When most people think of beauty queens, they don’t think of barriers being broken. In fact, most women consider them antiquated. Earlier this week, however, the newly crowned Miss Universe, Zozibini Tunzi of South Africa, joined fellow pageant winners Nia Franklin (Miss America), Cheslie Kryst (Miss USA), and Kaliegh Garris (Miss Teen USA) to break new ground not only for beauty queens but the world.

For the first time in history, Miss America, Miss USA, Miss Teen USA, and Miss Universe are all black women.

While this may not sound like much, it’s a huge deal for so many young girls. As the beauty queen turned Miss Universe told the BBC, “I grew up in a world where a woman who looks like me, with my kind of skin and my kind of hair, was never considered to be beautiful.”

In fact, we witnessed this narrow view of beauty just earlier this year. When Disney announced Halle Bailey will play Ariel in the live-action version of The Little Mermaid, they received kickback. Disgruntled people took to Twitter with the hashtag #NotMyAriel. They shared their disgust with the idea of a black Ariel – a very racist view for sure.

Not only do they fall into the category of women, but they also fall into the umbrella of minority racial groups. In fact, black women typically receive just 61 cents for every dollar paid to a white man. Furthermore, 8 in 10 college educated blacks say they’ve experienced racial discrimination in the workplace.

However, we can only hope that America is on the brink of a new era, one in which we finally see steps towards true equality.

With artists like Lizzo, we’re finally seeing black women take the places they’ve always deserved within society. I’m not saying that these things erase racism. However, I see all of this as a sign that maybe, just maybe, we’re capable of change. And now these pageant winners add to that.

As Senator Kamala Harris said, these women “are trailblazers, creating your own path on your own terms.”

In a time when our own US President shows constant discrimination to people based on race, gender, and sexual orientation, we need more trailblazers paving the way for us… even if that trailblazer comes in the form of beauty queens.