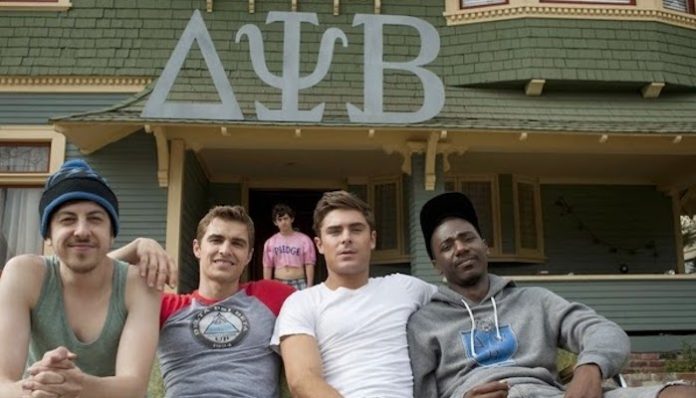 It’s an interesting time to be a member of a Greek-lettered organization, especially being an alumnus of a fraternity. Headline after headline, members of fraternities and sororities are being subjected to mass scrutiny for behavior caused by someone else. I’m going to preface my piece by saying that in order to give my opinion, I have to acknowledge the wrongdoings of my community. They are being persecuted, but not unjustly. Their brothers and sisters across the country (and in Canada) are acting recklessly and endangering (and often times costing) people’s lives. The “frat” parties that are often described are what the “media” likes to report on. They don’t report on all the good deeds organizations spend their time on. It’s like the old saying goes, “one person can ruin it for everyone else.” Unfortunately that’s what’s happening here.

However, I’m not here to place blame or call for the end to their system or existence. I’m here to tell you about what it’s like to be in a fraternity from someone who has truly seen it all.

When I got to college I never saw myself as the type of person who would join a fraternity. Up until that point, all I knew about fraternities, and Greek life in general, was from what was portrayed in movies and  TV (aka GRΣΣK). Boy was I in for an awakening of sorts. While I will admit that they do enjoy a good house party (my school didn’t have traditional Greek housing, so it was mostly groups of guys & girls who lived in a rented house together) they were so much more than that.

Prior to me joining Greek life at my university, there were a few organizations whose bad behavior had caused them to be removed from campus temporarily, mostly due to hazing. I wasn’t surprised, because that was the norm and to be expected by a fraternity. It took me until my sophomore year to truly understand what it meant to be a Greek lettered organization and what “fraternity” truly meant.

Fraternity in Latin means “brother” or “brotherhood” and that is something I can attest to its authenticity. When I joined my organization, it was me and 12 other strangers I had never met before in my life and we were tasked with bringing the international organization we were “pledging” to success on our campus. My pledge brothers ranged from 18-year-old freshmen to guys almost approaching 30 who were back in school. We certainly were a band of misfits. However, we knew that in order for us to stand out and make a difference, we couldn’t fall into the bad habits of the organizations already existing on campus.

Here’s the thing about being in a fraternity; you can choose who you want to join, but sometimes you’re powerless against the choice if you’re outvoted. The politics of it all sucks, but trust me when I say that those people you don’t want always have a way of finding the door and never being heard from again. The brotherhood amongst the first group of us certainly was put to the test of the first few months, but I can say that today I still talk to almost all of them to some capacity, and can rely on them on my darkest moments and times of need. They give me purpose and strength in ways that some friends can never do.

As a member of a fraternity, you could stop at being a member of the organization and stay stagnant. Show up when required but put in little effort. That’s called being a “bottom-third” member. You’re the at-risk member. I was far from that. In college, I wanted to make-up for my lack of involvement and participation in clubs in high school and I put myself out there. I joined various organizations on campus, both Greek-affiliated and non-Greek. Student Government, Homecoming, Hillel, Pre-Law, you name it, I probably was an active member and “board” member. I believed that in order for me to succeed and grow as a person, I needed to be among people who shared similar values. It was also expected that as a member of our organization that we join another organization, spread our knowledge, our leadership skills and learn from others. For me, it was a great way to break out of my shell and gain incredible opportunities while putting a positive spin on my organization.

Was I surprised when I went to social events and there was underage drinking, recreational drug use and risky behavior?

You want to know why? It’s because I was in COLLEGE. That is THE time for young adults to try new things, experiment with alcohol, drugs and each other. Do people take it too far? Sure. That’s a part of life though. You have to be able to learn from your mistakes. Again, I don’t condone the actions that led to the deaths or abuse of members of Greek-lettered organizations over the years, as those are both tragic and uncalled for.

Being in a fraternity also showed me what it means to go all out for a cause. At my university we had countless opportunities to “win” and go all out for charity. Whether it was Homecoming, Greek Week, Dance Marathon, Up-All-Night,or another fraternity or sorority philanthropy event, the mission was simple: win. It was bragging rights, but it also brought a lot of good to the causes we were supporting. From raising money for St. Jude, to Pencils of Promise, local organizations like Boca Helping Hands during a canned food drive, or our partner philanthropies (my organization’s was Huntsman Cancer Institute) our mission was always for the benefit of raising money and awareness.

The countless hours and weeks we would spend preparing for a sorority dance competition or Greek Week, the amount of money we would put aside every semester to ensure that our brother won the “sweetheart” competition of the sorority we competed for, the amount of hours and sleepless nights fraternity and sorority members spent working behind the scenes to make these events go off without a hitch are the things NOT reported on.

My fraternity was a vehicle for me to engage with other members of the community I may  not have met had it not been for the commonality of being in a Greek-lettered organization. We were so much more than the partying and the stereotypes. We fought day in and day out to be respected by the university, officials and everyone who doubted us or thought poorly.

I challenge those who think poorly of the Greek community or of fraternities more specifically to take five minutes and research how much money is raised for charity by fraternities each year. Like University of Central Florida, who raised almost a million dollars in one academic year. How about the students at Arizona State University, who raised over two million dollars between 2012-2017, or spent 360,000 hours of their time giving back to their community between 2013-2017. The reports are there.

With the bad comes the good, but if we spent more time focusing on the good parts of our organizations, we’d realize much like the regular news, there are terrible people in the world. They’re always going to be doing terrible things, but they’re a small portion of a larger group of people working together to do good.

Howard Rudnick is a member of The Sigma Chi Fraternity, where he was an undergraduate brother of the Lambda Tau Chapter at Florida Atlantic University.

This Book Will Help You Get Through Whatever Life Throws Your...

Why Having Stability While Growing Up Is Crucial