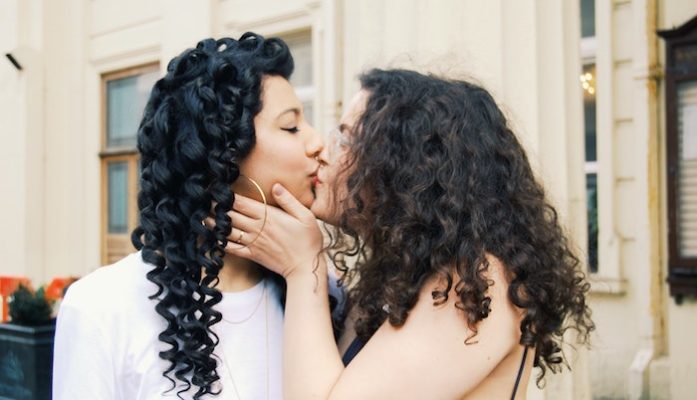 But the truth is that this term hurts a lot of people.

Bi-curious is a term used to describe a person (typically heterosexual) who is curious or open to engaging in bisexual behavior. I know what you’re thinking if you’re reading this article as a non-member of the LGBTQ+ community — it’s not that bad, right? It’s such a great way to describe my interest in kissing someone of my gender! I just wanna try it to see if I like it!

And this is why bi-curiosity can be problematic.

The issue is that being bi-curious is synonymous with the need to explore your sexual orientation sexually and romantically before it becomes real. Whether you chose to believe it or not, it’s a widespread notion in our culture.

It’s okay to identify as anything other than straight, and we know that. So, why is bi-curious still a thing when it offends so many LGBTQ+ members?

Being bi-curious doesn’t mean you have to explore before you make up your mind. If that’s the case, just explore and don’t put a label on it until you’re sure. Even in the dating world, this term can be triggering for members of the LGBTQ+ community.

A lot of lesbians, in particular, have vocalized their frustration with bi-curious women. Many women claim that they have felt like disposable people who only fulfill someone’s fantasy while they have been romantically led on. The same goes for gay men.

Additionally, the term suggests that one has to have so much sexual experience with someone of the opposite gender of the one they typically go for in order to decide if they are bi-sexual or into solely to that gender.

If you are 100% bisexual, you don’t need to have loads of experience to back up your newfound label to others.

If you’re genuinely interested in both genders, that’s who you are. You don’t have to have extensive experience with women (if you are a woman) just to prove it to people — that’s foolish. The same goes for heterosexuality — you don’t need to have dated a man just to prove you like that gender. You just say it.

Another huge reason why members of the LGBTQ+ community struggle with the term bi-curious is because it plays into bisexual invisibility. Bisexual invisibility is a phenomenon where bisexuality isn’t on the same level as other sexual orientations. It only adds to the stigma surrounding bisexuality, which frustrates those experiencing it daily.

If you have an interest in kissing someone outside of your typical gender preference, I wouldn’t call that bi-curious. Instead, think of it as being interested in that person and take a different approach. It has nothing to do with their gender as a whole, just the person they are. If it becomes more than one or two people, you may only be bisexual and unaware of it.

It’s no one’s job to point out that someone else’s label is wrong, especially in the LGBTQ+ community. However, there are other non-offensive labels to use if you’re serious about what you feel on the inside, such as bisexual, pansexual, or queer.

I want to make this clear: Bi-curiosity is not a stage in identifying as bisexual. Instead, it’s a hurtful term that suggests that bisexuality isn’t entirely real. I encourage anyone who seriously identifies as bi-curious to research other words. Another option is to quietly explore what you’re interested in before announcing it and potentially hurting people along the way.

Photo by Tallie Robinson on Unsplash