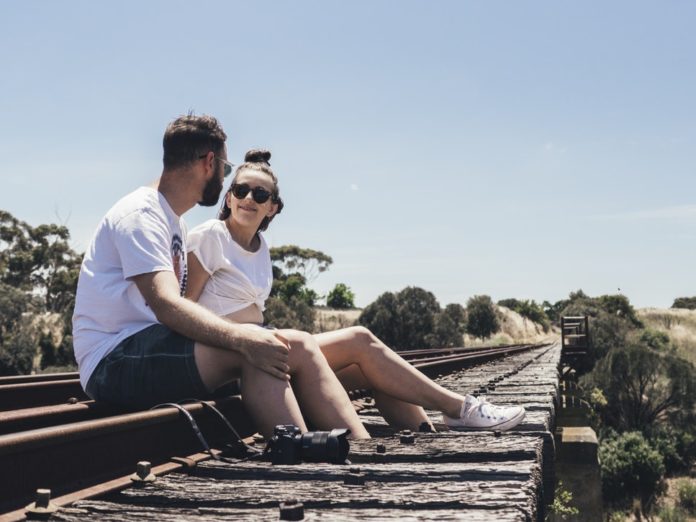 Recently I started reconnecting with someone that I went to college with. We had always been friendly towards each other and I still remember him being the first person I talked to when I first moved to campus, but it was never anything major because he always had a girlfriend. He was always the nice guy that I thought one day it would be nice to be with someone like him. He was never a topic that I had to write about, never any ex that broke my heart, never a guy that ever rubbed me the wrong way until today.

While I had always had a little bit of a thing for him, I never pursued anything because he always had a girlfriend. For those of you that are unaware – the general rule of thumb is when someone is in a relationship you back off from the situation.So when our conversations got more flirtatious recently, I was because very confused. I’m still very single and he was engaged. Mind you, I naturally have a flirtatious personality, but his side of the conversation was on another level.

The week before his wedding I broke down and finally asked him to please explain to me what was happening. I was his “good friend” and he truly cared about me, so he felt comfortable enough to talk with me like that. I don’t tell my good friends that I would like to see them in yoga pants doing yoga. I don’t tell my guy friends who are in relationships that I love them and miss them. I don’t joke around about seeing naked photos of my friends. You can’t talk to someone like this and say that they are “just a good friend”. I told him if he had any doubt in his mind about his wedding he should call it off. With that, he said, “I will give it a go“.

I will give it a go… This saying sticks out in my mind so much for the sheer fact that this is the mentality that someone went into a marriage with. Not that I want to make this work with the love of my life or I’m so excited to marry my best friend, I will give it a go. This isn’t a new brand of coffee or a hair color that isn’t the best but will wash out in a week, this is a marriage and something that you shouldn’t be doing just because you are tired of looking for someone. This is not a situation that you will just give it a go with. Marriage is supposed to be special and a one time deal yet, he will give it a go.

And yet, on the day of his wedding, he was asking my feelings for him. The day after his wedding, he was telling me that he missed me. A week has gone by and yet he is still blowing up my phone as if he hadn’t put a ring on it and sealed the deal with someone else, because I’m such a “good friend” that he cares about. Is he really giving it a go? Is he really giving marriage a chance by trying to have someone on the back burner? Or does he really think that the way he talks to me is okay?

When it comes to relationships, there is a line that needs to be drawn in the way you talk/act towards people outside of them. You not only have to think about your significant other and how they would feel about the situation, but also the uncomfortable position that you are putting that single person into. Even if it is innocent flirtation, it can be misunderstood by either party and cause for a lot of grief in your relationship. At the end of the day, even if sounds like it could be misconstrued as cheating, you are doing something wrong.

Lesson to be learned: Rethink the way you talk to people. Whether you are the one in the relationship or not, make sure you are not crossing the line when it comes to your behavior towards others. When it comes down to it, if you think that your partner wouldn’t be okay with the conversations that you are having towards people of the opposite sex, now would be the time to clean out your phone of those people who might tempt you and refocus on your significant other.