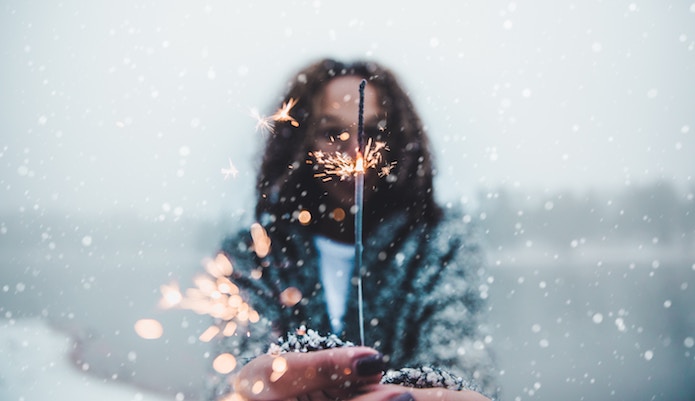 I’m not going to lie or try to sugarcoat it, 2017 was a bitch. It was challenging, it was eye-opening, it was painful at times, but it was also a very good learning experience. A good friend of mine posted the perfect quote on her Facebook this week to sum up the year in a nutshell: “I’m not going to lie, 2017 broke me. Matured me, whooped my ass, humbled me, blessed me, made me smarter & wiser. It showed me snakes are everywhere and family & friends are just titles if the love isn’t real. So basically, 2017 was the best worst of my entire life. Here’s to 2018!”

Our country right now is like an episode of Keeping Up With The Kardashians. Our government is being run by a person who is more concerned about his fake news on Twitter and is probably watching reruns of Teen Mom right now instead of doing his damn job. Everyone is revealing how they’ve been sexually harassed and not in a Michael Scott kind of way. The West is on fire, the South is under water, the North is being buried in snow and Trump is on the East coast. One Direction has officially broken up and looks like they will never reunite. Chris Pratt is single again (Wait is that a bad thing..?). Game Of Thrones is over until 2019 and Walking Dead just isn’t what it used to be. The Internet is giving up on us and Apple is trying to make us all break our iPhones. This year is trying to destroy us.

The thing that we have to remember most is not to make a New Year’s resolution that is so far out of reach and not realistic. When we set the bar so high for ourselves or for others, it is going to feel like the weight of the world is going to come crashing down on you when you aren’t able to complete them. Most of the time we aren’t even capable of sticking to those resolutions, starting the year off with a short lived disappointment. We don’t want another year like 2017 feeling short changed and as if we could have done more to make it better. Leave the heartache, heartbreak and the bullshit behind in 2017, but start 2018 off right, by just going into with a positive mind and hoping for the best!

Lesson to be learned: Don’t go into the year trying to change everything from the past year. Go into the year with high hopes and your head held high. Every year there is going to be challenges beyond your control, but with a little bit of positive energy and the drive to have a better year, I know that it is going to go right for you. Don’t make a resolution other than to go into the New Year feeling good about yourself and what lies ahead. Here is to a good 2018, hoping that the world doesn’t burn at Trump’s expense and one year closer to having The Rock as our President!

Photo by Jakob Owens on Unsplash

How To Tell If You Have Fallen In Love With The...