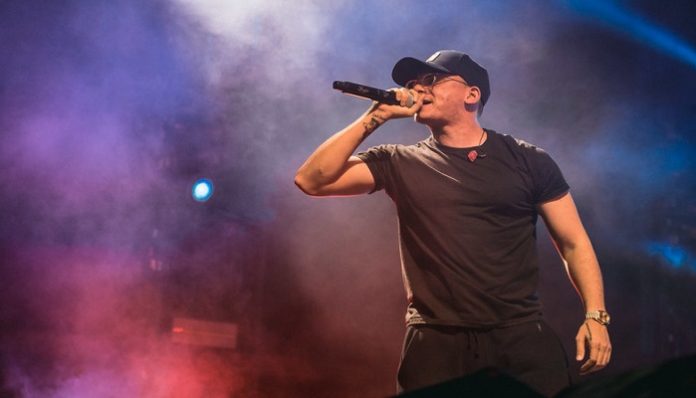 Music is a way to reach the heart and ears no matter genera or language. Some artists are using their music and their platform to raise awareness to social issues that society tends to hide under the rug. Here are five artists who have been shining the light on important matters.

BTS has been taking over the world with their music for a while now but with their messages. BTS has been raising awareness the importance of mental health; the pressure society puts on the youth, bullying, and LGBT. BTS’ message for their fans is to “love myself, love yourself” which as leader RM mentioned in BBMA’s press conferences is a way for people to think about the importance of loving yourself and the people around you. BTS recently joined forces with UNICEF to sponsor #ENDviolence and created LOVE MYSELF campaign to end violence against children around the world.

Logic has been recently topping charts with his hit single “1-800-273-8255” raising awareness of suicide. However Logic has been raising his voice to other social issues since the beginning of his music career. Logic uses music as a way to reach his audience about social issues like police brutality and racism. In his more recent album “Everybody” Logic tackles equality for every gender, religion, race, and sexual ordination.

Delcan McKenna is not shy about showing his opinion through music. At just the age of 16, Delcan has been speaking about corruption through his hit song “Brazil.” Delcan is tackling issues like politics, abusive relationships, and trans youth discrimination in his most recent album. He is shaping up to be one of the voices of our generation.

Demi Lovato has been very open about her past problems and has become an inspiration to many. She has been an active advocate fighting against mental health and self-images issues that her fans face. She recently did a documentary “Simply Complicated” where she talks about what it was facing addiction, mental issues, and bulimia and how she recovered from them.

Grammy winner Chance the Rapper is raising awareness on the importance that is education. He donated $1 million and raised over 2 million dollars grant for Chicago public schools. He has been an active advocate for the importance of education in Chicago. He, even when to raise, is a voice in a city council meeting.

Selena Gomez is a mental health and suicide prevention advocate. She even has shared her fight with depression with her fans. She has also produced a Netflix series, 13 Reasons Why, about suicide to raise awareness and change. Selena has also helped a fan in October who had posted about ending her life.

Harry Styles uses his platform to raise awareness about gender equality, gay rights, and global clean water accessibility. He even came to the defense of fangirls. Not to mention he also stopped a concert to make help a fan who was having a panic attack.

Whether it be mental health, suicide, violence, or even health issues artists are helping create awareness. All these artists know what influence they have on the public and are using that to make a difference. It’s not about glorifying a social issue but instead allowing a conversation and change to happen.