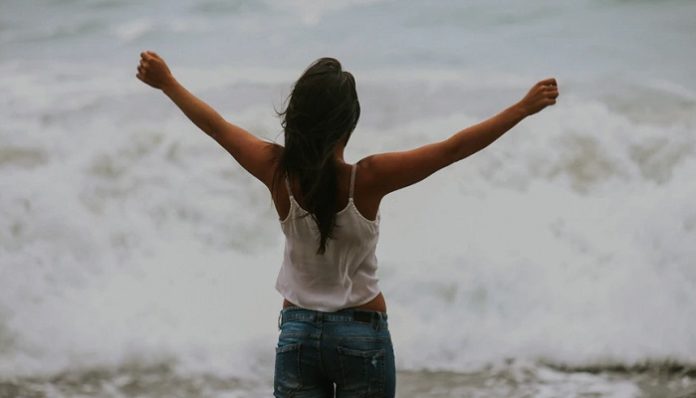 Closure is such a tricky thing. All of us want it; most of us never get it.

I tried so hard. I tried to make this work. I tried to get the closure of knowing you were never going to step up. But I couldn’t. I couldn’t make it work. I couldn’t draw a conversation out of you.

So this is my last resort. This is my goodbye.

It’s been two months since I’ve seen you. I know people are busy and life gets in the way, but I firmly believe that if someone matters and if you really care about that person, you’ll do what you can to make things work. Even if it’s dinner. Even if it’s just sleeping next to each other.

I know all too well from previous relationships (especially ones in which I was ghosted out of the blue), that you were losing interest in me, if not already completely lost. Whenever I broached the subject, you would shrug it off, tell me I meant a lot to you, and that you really liked me. You’d assure me we’d meet up in the next week, we’d talk this weekend, you were full of endless, unfulfilled promises.

I couldn’t count on two hands how many times you bailed on me. How many times you made plans – ones that I would carve time out of my own schedule to make for you – that you’d cancel at the last minute. You see, the thing about being bailed on, especially at the last minute, is that you have a lot of time to think about things. It gave me a lot of time to reevaluate this so-called relationship. And what I concluded is something I wish I would’ve concluded months ago before wasting nine months of my time on you and your wishy-washiness.

I am young. At the tender age of 23, I may not know much about love or relationships and how they’re supposed to work, but I do know is that this is how a relationship isn’t supposed to work. It’s not delaying communication or refusing to communicate altogether unless the other person does it first. It’s not waiting for the other person to make plans, and it’s not bailing on those plans after they’re made. And it’s certainly not leaving your significant other to be at the bottom of your list of priorities.

You made your list of priorities very clear to me and then told me that I couldn’t get mad when those things came first because you were honest about it. But what you failed to realize is that you also can’t get mad when I decide that I’ve had enough and walk away.

And that’s exactly what I’m doing. I’m walking away. I wanted so badly to have a conversation in person about this. Maybe try to talk it out, but I think ultimately my end goal was to just end it. I couldn’t do it over text because it’s too easy for you to shut me down or ignore me altogether. So this is the alternative.

I realize that we are at entirely different stages of our lives. There’s still so much I want to do and see and trying to live on your time just isn’t cutting it for me. Your primary focus is your career and there isn’t anything wrong with that. But I’m ready for a serious relationship and real commitment, and it’s clear to me that you’re not. Sticking around and trying to change that isn’t going to do anything for either one of us.

I’d like to say that I hope we could still be friends, but we weren’t friends, to begin with. And honestly? I don’t want to be your friend. You took advantage of my feelings for you and abused that and my generosity. You never did anything outright spiteful, mean, or terrible to me, yet no one deserves to be treated the way you treated me. I don’t know if I’ll ever find someone like you, but I hope that there’s someone better out there. Someone who can’t wait to get home to me every night, and would move mountains for me. There has to be someone out there.

The hardest part about leaving someone is leaving that comfortability of the relationship. It’s wandering blindly into the night and not knowing which direction you’re going or what will happen or even what’s out there. Sure, being with you felt safe. I had four walls protecting me and a fireplace to keep me warm. But while being with you gave me the fire to keep me warm, you were the one holding the matches, and you withheld those matches from me whenever it was convenient for you. It’s time I hold my own matches and I start my own fires.