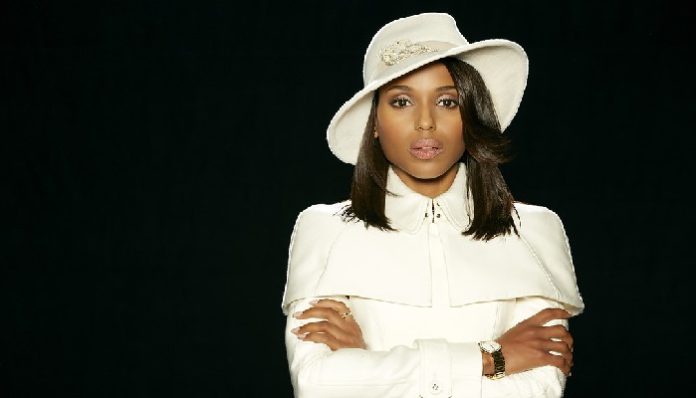 Olivia Pope, the main actress in the drama television show, Scandal, written by Shonda Rhimes, is an incredible role model for all women. This television show has all six seasons available on Netflix and the final season will premiere later on this year. For more of a background on the show, here is a small description that doesn’t do its justice:

Olivia Pope, a former media consultant to the president, is ready to move on with her life and opens her own crisis-management firm, but she can’t seem to shake ties with her past. Olivia’s staff includes Quinn Perkins, who has a complicated history, and hacker extraordinaire Huck. As she moves forward it becomes clear that, while her staffers may specialize in cleaning up the lives of other people, they can’t seem to do the same for themselves.

If you want more, you’ll have to catch an episode or two for yourself and give your own opinion. As for now, here are 10 important things Olivia Pope does that inspires us, women, to be more like her:

1. She drinks a lot of wine and looks great doing it.

2. She has a lot of sex and with good looking men. Not to mention who they are… the president of the United States and an agent from a high-security clearance team.. Yes, please.

3. She’s a strong independent woman who can face any obstacle and still win.

4. Ms. Pope holds her ground and earns the respect she deserves. Not only from those close to her but those in the far distance.

5. She successfully runs her own business and trains her co-workers to gain the strength to never back down, to get to the bottom of everything, and to become as strong as a gladiator.

7. She has a great amount of confidence.

If you haven’t spent an endless amount of hours watching Scandal, you need to. This show involves a lot of drama but is exciting for everyone who has watched it. There’s never a time where you aren’t surprised by what happens next. The screen writers and Kerry Washington (Olivia Pope) deserve a massive amount of respect and a large congratulation for their effort, thoughts, and hard work that was put into this production. Grab some popcorn, some red wine, and your television remote. You’ll most definitely need it.