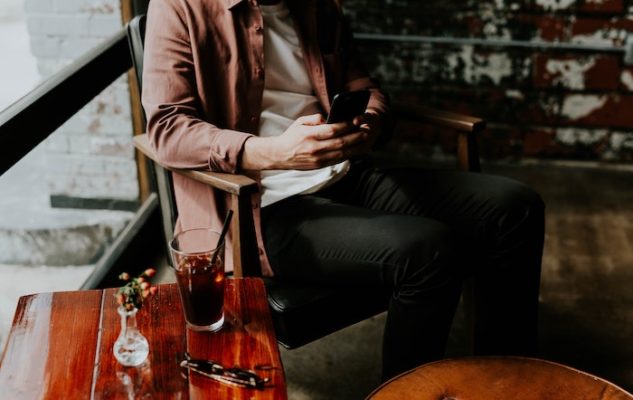 F*ck boys. We love them, we hate them… scratch that. We hate them. F*ck boys are a special breed of human, and I use the term “human” here loosely. After all, you must be of alien species if you think your 3 am “you up?” text is deserving of a response. In reality, your texts are sent to a group chat and posted to our Twitter accounts.

If f*ck boys are good for one thing, it’s giving us, unlucky recipients, a good laugh, and major ammo to hold against them. And that does count for something! So, without further ado, here are the 10 most outrageous texts from f*ckboys.

I can’t be the only one who’s surprised that this f*ck boy didn’t use the word “stroke” to his advantage, as he’s clearly entirely consumed by nothing other than his sex game. Come on, dude! Read the room. There’s a time and place for everything (well… maybe not everything… i.e. this text).

Just when I thought the best line was “girl, you thicker than a bowl of oatmeal,” in walks “you thicker than some Tudor’s gravy.” What exactly is Tudor’s gravy though? Sticking with the food theme here, we’ll give this f*ck boy some brownie points for creativity. And even offering to open doors? Who said chivalry is dead?

4. It’s the afterthought that counts… right?

What can we say about this one besides the fact this text really gave “murdering that pussy” a whole new meaning. Sorry, I had to. The best part though — dude waited an entire 16 hours, slept on it, and still thought it was a good idea to send this text. We clearly know which head he was thinking with when he woke up that morning.

5. A rollercoaster of thoughts

The only way this entire text would make sense would be if by “high-level English” this f*ck boy meant that he learned how to speak English purely by reading Donald Trump’s tweets. I’m sure all of us, however, are wishing we didn’t know how to read this “high-level English” he speaks of, so we would have never been able to read this text in the first place. Sorry… not sorry.

6. Simple yet (not) compelling

I just have… so many questions about this string of texts, but I don’t know if I want answers to any of them. Please give me a minute as I try to figure out if the whole “hog” thing was a typo or if that’s what he calls his junk. And, by the way, dude, we’re all blocking you from our Instas now. Boy, bye.

Our vaginas aren’t faucets… However, this dude may actually be onto something. I think he just single-handedly figured out how to stop periods for women everywhere. Thank you, Kanye, very cool.

8. The king of pick-up lines

I’m not really sure what else we could expect from somebody named Jeremie. First, he entirely misses the proper set-up to tell his joke, then he continues to tell it anyway but completely wrong.

9. The boldness of this one!

Way to be bold there, bro. But, for the love of God, please refrain from ever repeating this statement again.

Last but not least, my personal fave. I’m not going to lie, this text would make me laugh. And maybe if I was three Pinots deep, it would actually work on me. Kudos to you, bro.

Let’s admit, our 3 am just wouldn’t be the same if we weren’t receiving unsolicited d*ck pics and f*ck boy pick-up lines. Unwarranted? Yes. Enjoyable? In no way whatsoever. But I believe that if f*ck boys ceased to exist, our lives would be a bit more boring. Wouldn’t you agree, looking at these texts?

3 Simple Things You Forget To Be Grateful For