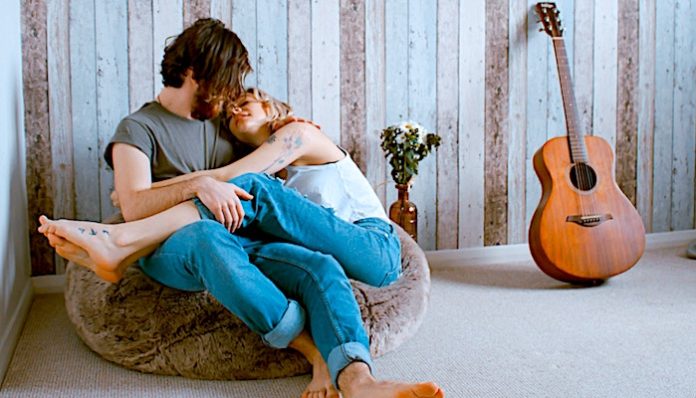 About 6 months ago, I got a message on my Tumblr. I don’t usually answer those messages because they are either creepy, disgusting, or just plain weird. But this one was cute, endearing, and eye catching. And after I sufficiently stalked his Tumblr, I answered.

Flash forward to now. We’re still talking. Not every day by any means, but quite a bit for two almost strangers that have never met.

We talk about music likes, what we do on the weekends, what we did the day before, complain about work, and yes, we do sometimes talk about what it would be like should we ever meet. It’s hard – him living so far away, and me the girl who gets attached to people she likes so easily. I mean, it’s been 6 months of talking; I am bound to be a little attached.

And I think what makes it so hard for me is that it’s hard to explain. No, we’ve never met, but yes, I feel connected and I have feelings for him. When I want to tell my friends about him, they ask me questions that I know the answers to because we’ve talked about it – what does he do, where is he from, how old is he, when did you meet? And it’s the last question that trips me up. Because we haven’t met.

It’s a bit like having feelings for a ghost. I know he’s there, and he’s real, and he has feelings, but my friends don’t understand. To them, he’s not tangible. To them, he’s just some guy who found me via my Tumblr blog. To them, he just might be a perv who found some girl off the internet.

It almost feels like a relationship. And it’s been awhile since I’ve been in one. So I want to tell my sister about it. I want to call her and gossip with her about what he looks like and how adorable it is when he calls me ‘love’ (via text of course). And I want my friends to be excited for me. I want them to threaten him humorously about hurting me and tease us about how we met. But I know that they won’t do any of that.

Which is all valid. I mean, I’ve never freaking met this guy.

I know he’s real, and that he’s not some creepy guy pretending to be in his 20s when really, he’s in his 40s. I know because he’s sent me photos on multiple occasions (not dirty photos, people – get your mind out of the gutter!). I’ve sent him photos as well of just things I’m doing or what I’m watching on Netflix.

If anything, we’re just really good, long-distance, virtual friends. But to me, it feels like more. It feels like that stage of being in a relationship where you’re still wondering how to define what you are, and both of you are too afraid to say anything.

And if everyone thinks I’m crazy or weird for having feelings for someone I’ve never met, I get it. I really do. But I just really hope someone understands.

Why Supportive Friendships Are Crucial For Your Health And Happiness