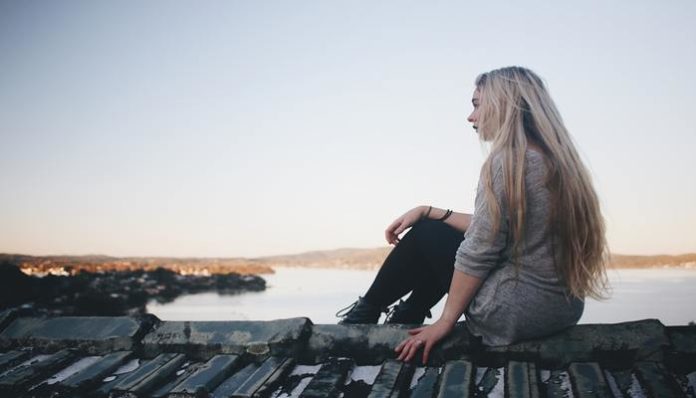 If you’ve ever experienced ghosting firsthand, you know how upsetting it can be to suddenly get cut out of someone’s life and lose that connection. You’d think that there couldn’t be anything worse — and then comes breadcrumbing.

Breadcrumbing allows people to lead you into thinking they want a relationship, even when there’s no real chance of one happening. And because it requires stringing you along instead of giving you a clean break, breadcrumbing can actually be more emotionally devastating.

It’s important to recognize when this painful dating trend is happening and learn how to respond to breadcrumbing before your heart gets broken.

Once you’ve been involved with a breadcrumber, you’ll begin to recognize the signs.

They’ll string you along, sending just the right amount of texts or social media messages to keep you interested, but they’ll frequently quit interacting with you — especially when it’s time to meet in person or to try and go on a date.They have no interest in actually pursuing a relationship with you or putting in real effort.

For example, they might text you, “Hey cutie, how’s your week going?” and engage in a brief conversation that ends up going nowhere. You might not hear from them again until the following week when they send you another flirty text leading into a dead-end conversation on their part.

How to respond to breadcrumbing

Having someone play with your emotions is obviously never fun and feels terrible. Here are tactful ways to deal with this scenario.

It’s easy to tell yourself what you want to hear If you’re really interested in someone. However, this will only lead to heartbreak and a significant waste of time. If something feels off, it probably is. Pay attention to how frequently they text you, how the conversation goes, and if they’re always bailing on you. Someone with good intentions will take the time to see you and while they may not text you every day, they will text you consistently enough to know they like you. If they’re always texting you late at night, ignore them.

2. Be direct about what you’re looking for.

One of the best ways to avoid getting breadcrumbed is to be honest with what you’re looking for in a relationship. If you’re on the hunt for something more serious, don’t be afraid to express that! If they acknowledge your needs and then continue stringing you along despite this, then you’re dealing with a breadcrumber.

If you tell them your intentions and they claim to be looking for the same things, explain to them why their behavior makes it seem like that’s not the case.Call them out on what they’re doing and tell them that unless they want to make actual concrete plans, they can delete your number.

I usually would never advise anyone to ghost another person, but this scenario is a little different. Sometimes the best revenge is saying nothing at all and just leaving their breadcrumb messages on read.

People who breadcrumb others are only looking for one thing: attention. By cutting off the attention source, you’ll be ending the cycle. This will allow you to move on to someone who is mature and has clear intentions.

5. Remove them from your social media accounts.

When you stop responding to someone who’s attempting to breadcrumb you, they might turn to social media to keep the ball rolling. This could mean that instead of texting you, they respond to your Instagram story or leave flirty comments on your pics. Deleting them from social media will not only eliminate any communication methods but will also show them that you’re not here for their little game. This will make them feel like the immature loser they’re making themselves out to be.

6. Learn how to avoid breadcrumbers in the future.

This is probably the most important thing to keep yourself safe from breadcrumbers. Once you’ve been through this awful scenario, it’s easy to recognize the signs of it happening again. It is so important to trust your intuition when it tells you another person is trying to breadcrumb you; it’ll keep you from getting emotionally entangled with another immature person when you’re looking for a relationship.

Only pursue potential partners that match your energy and make concrete plans to see you. You deserve to be with someone who’s going to put in an equal amount of effort!

Lastly, always remember that if someone breadcrumbs you, there’s something wrong with them, not you.