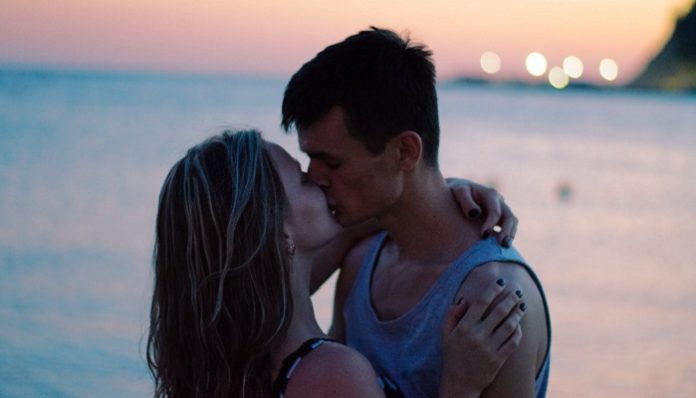 The first time I met him, I was smitten.

The first time he asked me out, I said yes to going out on a date with him initially, but I canceled last minute. I was too afraid to put myself out there again. I had been out of the game for a while at that point too. I chickened out, but he seemed like a decent guy, so when he asked me out again, I decided to give it a shot, reluctantly.

I was immediately attracted to him when I first saw him. He was tall and tan. He had brown hair and he had the bluest eyes. He also had a great physique because he was a personal trainer.

I knew he would be my next mistake.

We clicked, so much so, he already asked me out for a second date while we were still on our first. And that was how my love affair with the blue-eyed boy started. We fell for each other fast. Well, he did anyway. I was still playing it safe. A month into seeing each other, he started calling himself my “boyfriend.”

He was wonderful. He cooked and cleaned for me, and he did my laundry. He trained me on days I didn’t feel like going to the gym because I was too tired. The works. He was the whole package. What the hell? Is this real? I thought to myself. One of my other girlfriends even teased that I found my “Aidan,” the ultimate dream guy from Sex and the City. I was finally going out with the “good guy.” So when he turned a full 180 on me, I was in for a surprise.

I was the ultimate chill girl up until I started seeing things that no self-respecting person in a relationship would appreciate.

First, it was the chauvinistic ramblings he made when he would see women on the heavier side. I remember once, we were driving and there was a lady trying to cross the street while walking her bike. “Hey lady, maybe you should ride your bike more often!” he condescendingly snickered. Infuriated, I was not going to let said comment fly. “Did it ever occur to you that maybe, just maybe, other people do not have time to look the way you do?” I asked. “You put down women who do not adhere to your standards, and glorify ones that fit your liking?”

He turned and said to me, “Hey, I want to be able to make fun of whomever I want in the comfort of my own car. And since when did you become ‘Luiza the feminist?’” I stood up for something and someone and all of a sudden, I was Luiza the feminist – and not in a good way. I thought you were supposed to be a personal trainer. Isn’t it your job to motivate people instead of talking shit about them? I thought to myself. I already knew that I could not allow myself to end up with someone who blatantly disrespected women.

It was the disrespect for me as a person… He would tell me to shut the f*ck up during arguments in which I would endlessly cry, while he still had a mouthful of hurtful things to say. He would then shut the door on my face.

It was also the blatant disregard for me… His car was out of commission and was in a shop for months. I tried to share my car with him for work purposes, but he ultimately had it most of the time that it became at my expense. I started taking Uber all over town to go to meetings and Las Vegas is a huge city to be taking Uber everywhere. I asked if I could have my car one day because I was going to be working late. “I have a session at that time. I would much rather have the car. Just take a taxi,” he said.

And then it was the sketchy text messages… from his ex-girlfriend (that he deleted right in front of me) down to his very own clients. He had a particular female client, who was probably in her 50’s (mind you, she was an attractive 50-year-old woman, kind of like the Jennifer Aniston types who was rich and powerful in the community) and seemed to be suffering from a mid-life crisis because all her text messages had some sort of twisted innuendo. And they texted frequently. Day and night. He would fall asleep with his phone in hand because of all the texting. He would be texting her while he was driving, and while I was in the passenger seat. She would text him good morning and goodnight texts. That’s how I knew that I wasn’t being paranoid, that it was actually highly inappropriate.

I once saw a text message from her that said, “I am going to eat this hunk of meat.” With kissy-face emojis. WTF. She had also once asked him to go to a floating tank session with her. A floating tank is a sensory-deprivation tank, in which you float on water in an enclosed space with Epsom salts, to help you relax. I’m told (by him) you attend these sessions unclothed. That’s how I definitely knew that I wasn’t crazy.

It was also a hairpin that I found inside his medicine cabinet, while I was getting ready for work, of which there was never an explanation as to how it got there. I cried inside my car after my 6 AM meeting that day.

“I love you so much. I don’t ever want to let you go,” he said to me one random night. Instead of being happy over a comment like that, I cried. I cried at how unhappy I became. I was hurt and I didn’t feel like sticking around for him anymore to see what else he would be capable of doing behind my back.

But I had told him that I had seen the text messages, that I was uncomfortable. I thought that by maybe telling him the truth that we could get somewhere. I tried to seek comfort from him and the insecurities I had developed at that point. Maybe to somehow rectify the distrust that I now had for him.

“I’m sorry you had to see that. That is kind of weird. But, maybe, just deal with it since she pays me a lot of money, anyway?” I thought to myself again, What the hell? Is this real?

That was my last straw. My fear of long-term commitment was like a two-sided coin. If it was my weakness, it was also my strength. And just like that, I walked away.

A month later, we had seen each other again so I could pick up the rest of my things. He gave me a late birthday gift: a drawing of a woman walking in the rain, through buildings, with a bright horizon in sight, in the middle of the drawing. “It just reminded me so much of you. You know? Just better things for you. You deserve better things.”

And that was the end of my six-month love affair with the blue-eyed boy. “I agree,” I said. “I agree.”