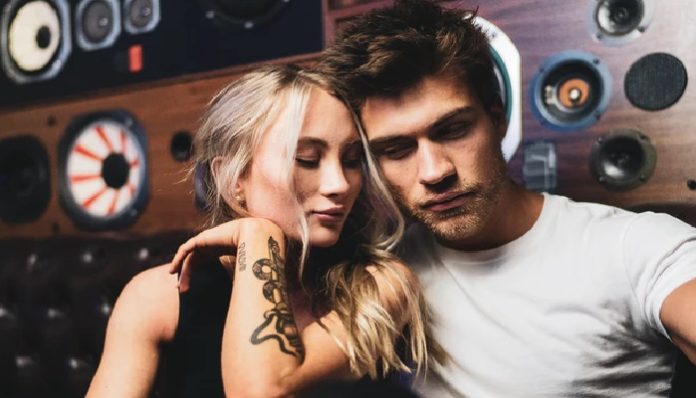 It’s not very often that we meet someone that shares the same birthday as us. In the rare case that we do meet those people, it’s always exciting to share the celebration with someone. Whether you share it with an acquaintance, friend, or family member it somehow brings a bond between two people closer.

I’ve always had trouble finding anyone at all with the same birthday as me. Being born on New Year’s Eve can definitely have its ups and downs, but it always seems rare to find someone that experiences the same. However, I was lucky enough to share mine with my pap-pap. Even though he passed away when I was little, celebrating my birthdays with him is a memory I’ll hold close to my heart forever. Since that time, I’ve only met a handful of people that share the same birthday as me, until, one of those people became my current boyfriend.

We met on our twenty-second birthday at a bar in Pittsburgh. I had plans with a group of my friends to go out that night to celebrate. One of my friends just so happened to be dating his best friend, so naturally, they brought him along to celebrate his birthday too. When we met and he told me he was there for his birthday too; I honestly thought he was joking. He definitely wasn’t joking and the best part about it, he was also turning twenty-two. Same birthday, same age, and born around the same time of day. Now, looking back on that day, I can’t say I knew we would end up dating.

It was one of those relationships that catches you by surprise and you’re glad it did.

Since that time we’ve celebrated our twenty-third, twenty-fourth, and come this December will be our twenty-fifth birthday. Truthfully, sharing a birthday with him is one of my favorite things about our relationship. We get to celebrate together, rather than the day being only about one or the other. Putting two birthdays into one celebration is always fun. When you share your day with someone you’re not only close with but share the same friend groups with, it’s always a bigger celebration. We celebrate with our families and plan a night to go out with our friends. However, the celebrating doesn’t end there. Since our birthday lands on New Year’s Eve, we still have a New Year to bring in with friends and family too. I have to say it’s a unique experience sharing a birthday with your boyfriend. It’s even more unique saying that’s the day you first met.

I wouldn’t change sharing my special day with two people who are just as special to me. If you get the chance to share your day with someone you care about, make the best of it. Plan a celebration that’s memorable for the both of you and, as always, take as many pictures as possible. There’s nothing better than looking back on memories years later. As for me, I’m lucky enough to be able to look back on the memories I shared with my pap-pap and will have the ones I’ve already made with my boyfriend for years to come. I’m also lucky enough to be able to look forward to more birthdays with him. It’s the little things in life that end up meaning so much more than you realized.