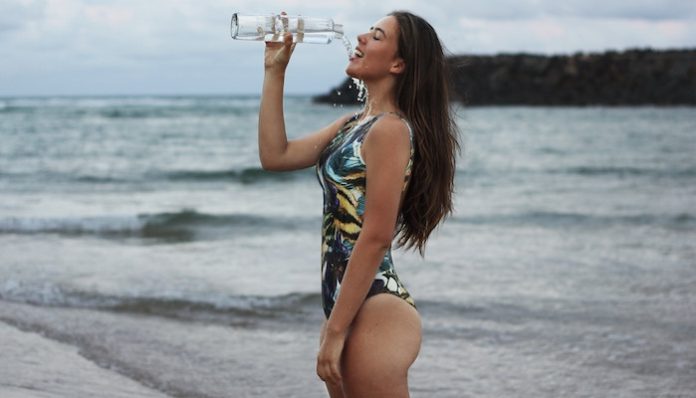 Muhammad Ali was well-known for his prowess in the ring … but also for his lack of prowess outside of it. The Greatest had a strict no-sex policy prior to his biggest fights, sometimes abstaining for up to six weeks before he headed to the ring.

Ali’s not the only one who believed sex could be harmful to his performance, and many athletes still stick to the no-sex-before-a-match rule today. But it turns out abstinence may not be as much a boon to athletic performance as it was once thought — in fact, it might actually put a damper on it for both male and female athletes.

Here’s the actual impact getting down can have on your athletic pursuits:

If people believe sex inhibits their athletic performance, they’ll likely find that to be true when they do have sex prior to a sporting match. In one study, 70 percent of those who believed their performance would be worsened by pregame sex saw their predictions come to fruition. On the other hand, of those who believed sex would improve their game, 68 percent saw themselves achieving athletically.

In response to the study, Dr. Mike Young said, “When it comes to sexual activity and athletic performance, it really is a case where an individual’s perception is the same as their reality. If they feel like participating in a sexual activity will improve their athletic performance, then it more than likely will, and they should strategically seek out opportunities to be sexually active.

Similarly, if an athlete feels like sexual activity impairs their athletic performance, then it probably will, and they should avoid it at all costs.”

It Can Actually Improve Performance.

Simple psychology may not be enough to convince you that pregame sex is actually a good thing. So, here’s another study with more sex-based research: The female orgasm can help your whole body relax, which you probably already know. But this feeling lasts for up to 24 hours, which means an orgasm before a competition can help stave off sore muscles and pain since your body will still be experiencing the post-orgasm bliss.

On top of that, a good romp in the hay can have stress-relieving side effects, which is especially key when you’re nervous about a major sporting event. Sex can also help tucker you out if you have trouble sleeping before the big game.

Sex therapist Ian Kerner told Greatist, “More and more studies are pointing to the health benefits of sex. People who have healthy sex lives end up having more confidence and self-esteem and doing better at work.”

It’s Not for Everyone.

At the end of the day, having sex before a sporting event is entirely up to you. Kerner said to Greatist that many athletes abstain “not because of the sex itself, but because of everything that happens around it: partying, dancing, eating, drinking.” So, if abstinence means a good night’s sleep and relaxation, it might be the best choice for you.

The same goes with sharing your bed and feeling a post-sex burst of energy. For some, that’s enough to keep them wired all night long, which doesn’t work well if you have a match or race in the early morning hours.

Give Yourself a Break Post-Race

Research has shown regular high-impact exercise can affect women’s hormones, which obviously control everything from menstruation to feeling in the mood. The same goes for men: strenuous exercise can reduce their libido as well. So, after your or your partner’s big competition or game, give yourself some time to unwind and rebuild your stamina in more ways than one.

Additionally, make sure you’re taking care of your body’s needs overall. The benefits of physical therapy, chiropractic services, and other healing methods will help you feel better overall, both on the field and in the bedroom. And, if your performance on the field is affecting your performance in the bedroom, think about scaling back: you don’t want to miss out on the benefits of sex Dr. Kerner mentioned. Use them to your advantage, and you just might find you’ve struck the perfect balance between your personal and competitive lives.