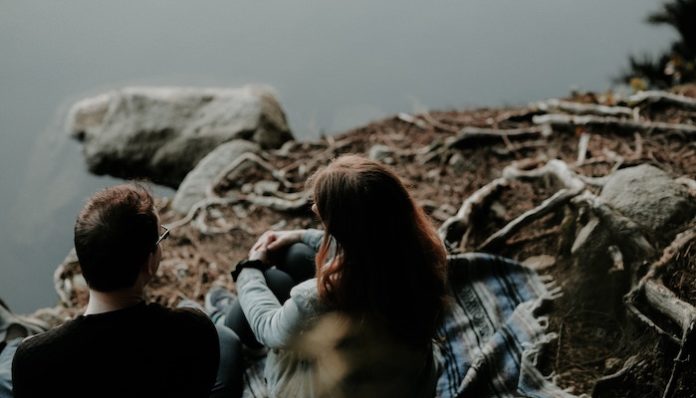 It started more than two decades ago. Or perhaps, it started when I was eighteen and you were twenty-four. In your mind, you saw a slender lady, timid and shy, standing along the street waiting for someone to pass by. I could feel the cold wind in my face as I saw the world through your beautiful eyes. It was wonderful. Our first conversation became our only conversation in person. How difficult it was to sit and just stare at you for a long moment as though searching your mind.

We slowly drifted apart until I decided it was better to walk our separate paths than to stay.

And there was a loneliness that surfaced when I disconnected from you. And I was so scared to feel some of that loneliness while I sat in a silent room, far away from other people and endure solitary confinement. When I left, I didn’t just leave. I was struck with the pain of a broken heart and it wasn’t easy for me. Because deciding to leave you was the scariest decision I had ever made in my whole life. No, it wasn’t out of selfishness. I left because I believed that God has plans for both of us. I left with questions that remained unanswered, daydreams that lingered all the time, a void inside me, and a promise to see you again one day.

The feeling when soulmates meet again after more than a quarter of a century is like catching up after decades and picking up from where you left off. Yes, our souls had known each other in a different life before and now have recognized one another in a grotesque backdrop. How lucky do two people have to be in order to fall for each other at the exact perfect moment in time and the exact right way? We were the lucky ones for a moment in time that I wish had remained frozen.

There is this huge pain that perturbs my heart whenever I hold your gaze. I know that I can only love you from afar because there’s something holding me back.

“If only I came back a bit earlier.”

And just like the cobbled streets that run down to a tiny harbor, you and I are both extended in a particular direction. We both go together in a parallel reality. And there’s no possibility for both of us to fuse together as one. Not now. Not tomorrow. And perhaps not on the days that will come.

Yet, I still and will continue my little daydream in a place where everything seemed perfect and right. The kind of sleep-like altered state of consciousness that I want to stay mesmerized in and have a story that reads like a fairytale with its own happily ever after. That’s how it’s supposed to work for soulmates, right? Maybe this is why lonely people love to sleep all the time – their dreams are better than reality.