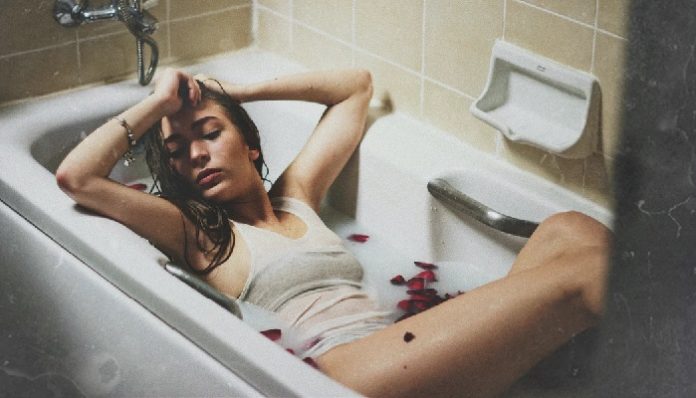 There’s a blue house nestled in the woods. It isn’t particularly large by any means, but it also isn’t necessarily small – it’s just right. When you arrive, you’re usually greeted by a small herd of Shelties, that will gleefully announce your presence to the house’s only occupant.

When I close my eyes, I can still see it. I can still see her making macaroni and cheese on the stove for lunch. I can still see her driving me around on her school bus after dropping off the last kid for the day. I can still smell the familiar smell of her house, hear the sound of country music always playing softly in the background. I can still feel the mosquitos biting me as I played outside. Closing my eyes, I can imagine myself there, on her couch. The fan is on and the window is open, even though it’s raining and the summer humidity sticks to me. The pitter-patter of the rain on the leaves next to the window, and the occasional chime of the wind chimes outside.

Life doesn’t live there anymore. The blue of the house seems a little grayer. There are no more dogs barking. The chair is empty and the computer hasn’t been turned on in months. The boxes of macaroni and cheese sit in the cupboard collecting dust. All around, there is silence and a coldness that never used to be there. It’s the kind of silence that makes you not want to speak when you’re there.

It’s been almost three months, and I still miss you so much that it physically hurts me. They say that these things get better and easier with time, but I think it gets harder. I think it gets harder because the reality that you’re never coming back is starting to finally set in. I’m never going to see you again; I’m never going to hear your voice again.

At first, it was easier because you’d visit me in my dreams. The first month without you seemed like you had hardly gone because you were still visiting me while I slept every night and I could still feel your presence around me. But now, I don’t want to admit to myself that you’re gone. I don’t feel you around anymore and it’s been weeks since you’ve last visited me. I’m afraid that you’re not around anymore, even in spirit. That you’ve crossed over, or however that works.

I still think about you. I think about you the most at night, though. You’re the last thing I think about before I fall asleep because as I lay there, I’m willing you – no, begging you – to come see me. Please come visit me in my dreams tonight, I whisper through the darkness. It hasn’t been working.

Yet, I still think about you. When the sky is gray and a patch of light finds its way through the clouds, I think of you. When I see something I know you’d like, I think of you. When I post something on Facebook, I wait for you to comment, only to be reminded that it won’t ever happen again. When I hear updates on the dogs, the first person I want to tell is you, but I settle for my dad and uncle, and I’m reminded that if you were still here, the dogs wouldn’t be anywhere else but with you and I wouldn’t have to rely on updates on their well-being.

I’m hit with random flashbacks of you. The time you bought me a new chair for my desk, so I could sit at it and write. Waiting for you to come over on Easter to give us our Easter baskets. Collecting my goody bags full of treats from you every day after school. They make me smile, but they also make me cry. I still cry over you.

People never say it, but they act as if grieving is something that you eventually just get over and done with. I don’t think that’s right. When you lose someone you love, someone who is important to you, I don’t think you ever stop grieving; I think it just eventually becomes something you learn to cope with every day. And I don’t think it’s something you should stop doing. There’s nothing wrong with missing someone who is gone. Knowing and accepting that they’re never coming back is never going to make the pain of missing them any easier. There is no right or wrong way to grieve someone’s passing. It’s learning to live with a chunk of yourself missing and filling that void the best way you can in order to make it through the tough times. You just have to do what you can to make it through each day.