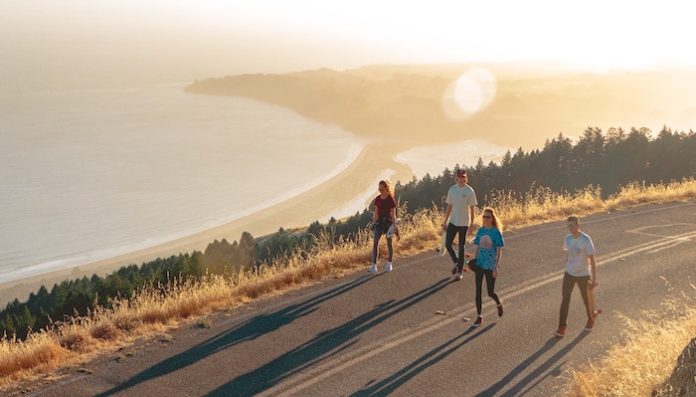 As I’ve continued to come into adulthood and understand my wants and needs, the one thing I find myself doing is constantly evaluating is my friendships. I’ve written about friendship in various stages, whether it’s the college friendships or the friends you’ve met over the years who no longer belong in your life.

This past year, many of my friendships have either come to an end or been reinvigorated.

On “Best Friends Day,” I have decided to take inventory of my own friendships but also let you know that friends are going to come and go in your life. That is a fact of life. One of my favorite authors and motivational speakers, Simon Sinek, said, “The strong bond of friendship is not always a balanced equation… instead, friendship is grounded in a feeling that you know exactly who will be there for you when you need something no matter what or when.”

In my own experience, I’ve noticed that over time, friendships do become unequal.

One friend puts in all the effort, and the other friend essentially disappears, completely ghosting you. In the past, when a friendship wasn’t working, or I was feeling jilted by a non-existent friend, in my head, I would build up all these fake scenarios that never existed and get worked up. Instead of having an open and honest conversation with the person, I would choose to be irrational and let my ill will and resentment fester, which affected me negatively.

Now, if someone doesn’t want to be my friend, I chalk it up to lack of common interests and move on.

I can’t keep holding a candle for a friendship that is only friendship in theory but not in practice.

Over the years, I’ve had falling-outs with various friends for assorted, oftentimes petty reasons. Sometimes, we can resolve those friendships, and all it takes is a little time and distance. I’m so grateful that one of my oldest friends with whom I had a falling-out was able to come back into my life after we both put aside the awkwardness of who would reach out first. Not all of my friendships have been salvageable, though, but that is also OK.

I’m a firm believer that friendships are meant for either a reason, a season, or a lifetime.

The friends you make as a young child, whether through playgroups your parents forced you into or on the elementary school playground, can last for eternity, or they can fade and fizzle. I’ve seen it happen both ways. I had the unpleasant experience of moving away from all my friends after 7th grade, and while we attempted to use AIM and phone calls after 9 pm to keep the friendships going, eventually we grew apart. We didn’t have anything in common anymore. Those friends moved into the “season” category. Your friends in high school, college, or your first workplace may all come and go.

It is up to you to determine whether the friendship is worth the effort.

Friendships should be 50/50. Yes, we get busy with our own lives, but in 2018 especially, there is no reason  why people should end friendships because someone is too lazy or self-absorbed to bother to text someone. That’s a lousy excuse, and you have to stop looking at that person as a “forever friend.” The point I’m trying to make is to stop making excuses for your friends who aren’t putting in the effort. They’re mentally and emotionally taking up space in your life that could be used for better things.

It may be hard, but you have to cut the cord eventually.

I also don’t condone toxic friendships. Friendships can be toxic for a variety of reasons. A toxic friendship could be with a friend who enables you to make poor decisions. Yes, they are not putting a gun to your head (hopefully), but they have some semblance of influence over you for whatever reason, and by choosing to stay in that friendship, you’re putting your own life in jeopardy, as well as your own interests.

There are friendships that are so one-sided, where all the friend does is complain about their life, make every conversation about them, and, when given actual advice about how to change their life, goes, “Oh, that’s a good idea,” but then either does the complete opposite or keeps things “status quo.” Toxic friendships can also be with friends who belittle and demean you, could be maliciously trying to hurt you and those around you, or could very simply suck as a human being.

Spotting toxic friendships is not going to come easily, but there are definitely red flags to look for. You should not feel taken advantage of, made to feel less than, or made to feel as if you owe someone something in a friendship.

That is not the definition of friendship.

However, I haven’t completely soured on my friendships. The silver lining is that I have a lot more clarity on what I want and expect from my friends. Coincidentally, I have also significantly decreased my expectations for friendships, and there are friendships I take at face value, which is totally acceptable. At this stage in my life, I have my “best friends” I can count on. These friends are reliable and ensure that every time we get together, we are going to have great stories to tell in the future.

I wish truly there was an easier, more genuine way to make friends as an adult  (I’ve already tried recreational sports) that doesn’t involve alcohol or drugs. At a certain age, we shut ourselves off from wanting to make new friends, and I have certainly uttered the phrase, “Ugh, I don’t want to make new friends.” It’s this very sentiment that holds us back from meeting new people who could, in fact, change our lives.

So, on this Best Friends day, I would like to thank those friends in my life who are dependable, who are there for me when I need them, and who will gladly call me out when I’m wrong. I’m grateful for the endless group chats, the incessant inside jokes, and the memories we continue to build.

Friends, you guys are the real MVPs in my life.

Photo by Michael Henry on Unsplash

The Truth Behind Why You’re Afraid Of Falling In Love

What To Expect On A First Date