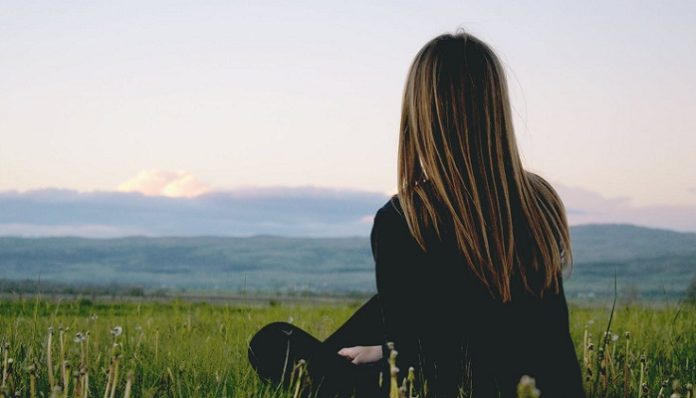 When I was a kid, my great grandma (Grandma Cookie, as we called her) used to give us quarters all of the time. I don’t know why, but she always had an abundance of quarters and it was just her thing to give them to us. She passed away when I was 19.

When I was 20 years old, I was working at a water park for the summer and saving up for my upcoming study abroad trip to Scotland. That summer, I found nearly $20 in quarters in the pools, waterslides, and the grass. We were lucky to find dimes, not to mention quarters. I believe Grandma Cookie was trying to help me out by sending me quarters from heaven (much like the phrase “pennies from heaven”).

Nearly 14 years before I was born, my grandfather shot himself. It’s not something we hide; it simply just is what it is. He had suffered from depression for a while before that. When I was 22, I was battling some rough symptoms of an anti-depressant I was put on when I finally sought help for my depression and anxiety.

During week two, I had insomnia pretty bad. I had dozed off and was experiencing one of those sleeps where you’re half asleep but you’re aware of your surroundings, yet when you wake up, you feel rested. I don’t know if it was a dream that I had or if it was because I was knocked out on a mixture of Sertraline and Lorazepam, but my grandpa (whom I’ve never met), appeared to me and spoke to me.

He spoke in a soft voice and said to me:

“Hey, kiddo. I know things are really shitty right now. But just hang in there. Because things will get better. I’m so proud of you for getting help. I didn’t. I don’t want you to end up like me and dad.”

I was baffled by his last sentence. What about my dad? It wasn’t until a couple of weeks after that that it had come up in a conversation between my dad and me that his grandfather (my grandpa’s dad) had also committed suicide by jumping off of the Brooklyn Bridge. Tying that info to the dream I had, I was thrown for a loop.

I’ve always been very perceptive to the dead. It isn’t nearly as morbid as it sounds. I feel energies around me, and I notice when they’ve gone. I could feel my grandpa’s spirit hanging around for a few weeks after that until suddenly I didn’t, and then found out the next day that my grandma was very sick. Grandma needed him more than I did.

On the day that my grandma died, I was flipping through Sirius XM in my car. I found not one, not two, not three, but four stations that were all simultaneously playing Elvis Presley, a musician that my grandma had a great love and fondness for. I think this was her way of letting me know that she was okay. Things would be okay.

Two days after she passed, she visited me in a dream. She was sitting in the recliner chair that she spent many of her last days in and asked me, “Are the dogs okay?” She had left behind three Shelties. I told her, “Yes, the dogs are okay. Do you remember my friend, Hailey, from college?” She said yes. I said, “She is going to take them.” Grandma looked at me and said, “Okay, good. I trust her.”

You see, as Sirius Black once advised our favorite teen wizard, the ones we love never truly leave us. They are always hanging around. They’re in the warm breeze on a fresh spring day. They’re in a patch of sunlight hitting us through the window. They paint the sky for you in beautiful sunsets. They’re in the random little noises that you hear around the house that you never think twice about. They live forever in the memories that you have of them, and even the ones you don’t. They’ll always be found within the people they love.

Have an open mind. Look a little harder. They’ll be there. You’ll find them. They’ll always show up when they’re needed. While others may find an unexplainable feeling of presence really creepy, I find comfort in it. I know that I’m never alone, and I know that I have a whole team of people who love me looking out for me.

Things have a way of happening without explanation. The quarters. The visit from the grandfather that I had never met. The Elvis songs. And that, to me, is enough proof that the people we love never really leave us. Not even in death.

What You Should Keep In Mind If You Put Your Career...