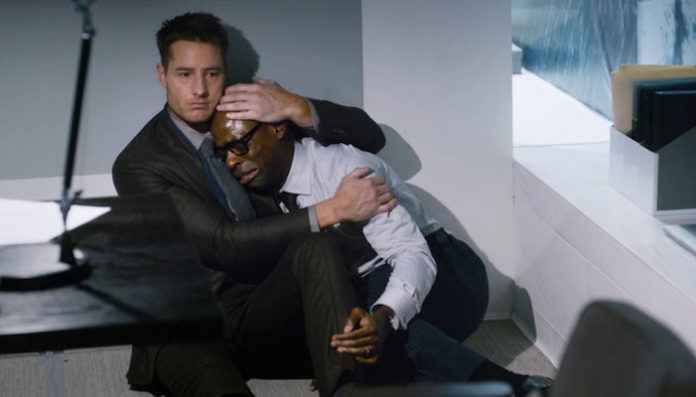 Recently it was announced that Sesame Street will be getting a new friend named Julia. Most of us grew up watching Sesame Street and remember the show teaching us about acceptance and friendships. Julia is no exception to learning about acceptance. Julia has Autism. Which isn’t a bad thing. Sesame Street is trying to get the word out that sometimes, other kids may act a little different and that’s okay! Just because Julia has a harder time communicating, doesn’t mean she can’t be a friend.

In light of Sesame Street adding an Autistic friend to the bunch, here are some other shows that added a character with a mental disorder:

Lena Dunham, writer, and actress in Girls, admitted that character Hanna suffers from OCD. Hanna suddenly realizes her dream of writing a book and has a 1-month deadline. She must work through her OCD symptoms in order to complete her goal, which eventually leads her to reach out to a therapist.

The long-running show has portrayed several mental illness and disorders throughout its time. Starting with depression (eventually leading to a suicide), and eating disorders; Degrassi eventually ventures into bipolar disorder, and back into depression and eating disorders again. Eventually, Cam who was considered to have the “perfect life”, commits suicide, highlighting that just because everything seems perfect, doesn’t mean it is.

Dr. Casey used his OCD to become a brilliant doctor who could diagnose patients and complete surgeries in times that were much shorter than the average person. Unfortunately, he struggles with his OCD in his personal life which causes him difficulties. While he can study the most difficult subject, he struggles with completing simple tasks showing that his life is definitely not as organized as everyone imagines.

Sheldon Cooper is absolutely brilliant, and clearly unable to handle most relationships. Suffering from OCD and Asperger’s Syndrome (undiagnosed), he clearly makes the best of it and uses it to his advantage to make great strides in his career and remarkable progress with relationships.

5. Orange is the New Black

Two characters show prevalent but undiagnosed, mental disorders in this show. Suzanne Warren portrays delusions, hallucinations, aggressiveness and the inability to pick up social cues. Lolly Whitehill shows symptoms of undiagnosed paranoid schizophrenia. It is also important to say that according to the National Alliance on Mental Illness, most prisoners (over half of both state and local) suffer from some sort of mental illness. So it is not surprising that 2 characters in this show would portray a mental illness.

This current NBC hit portrays anxiety through the character Randall Pearson. Randall called his brother Kevin to tell him he wouldn’t be able to make it to his show. Knowing something was up, Kevin left his show to go comfort his brother in his time of need. There was also flashbacks where Kevin saw Randall having an anxiety attack, but walked away. It is great to see how far Kevin has come in understanding Randall’s anxiety and making it a priority to be there for him when needed.

This by no means is a list of every show that portrays mental illness. There is not enough time in the day to write out that list. Other shows include Criminal Minds, Girl Meets World, Grey’s Anatomy, and several others. It is important to know that the more mental illness and disorders are portrayed in society, the more the stigma of mental illness will begin to fade. While not everyone may feel that these illnesses are being portrayed “correctly” or “accurately”, everyone experiences mental disorders differently so your experience will not be the same as someone else’s and we should expect that from the media as well.

Hopefully, as time goes on the accuracy of how mental illness is portrayed will be improved and the stigma of mental illness will be erased. Just because you have a mental illness, doesn’t mean you do not deserve to be loved, cared for, and understood.

Feature Image via NBC This Is Us.

You’ve Probably Been Wearing The Wrong Bra Size For Years