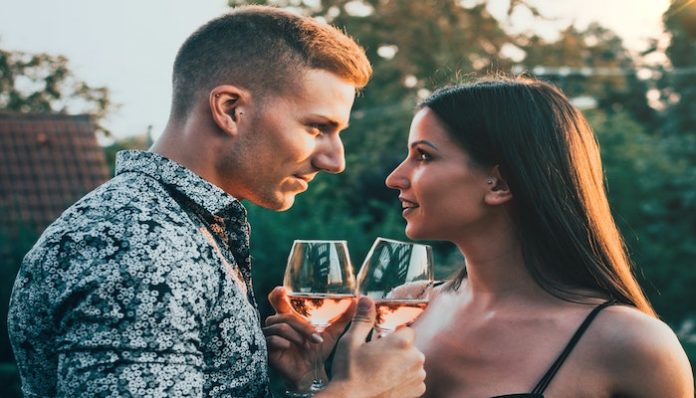 YourTango published a piece entitled, “I’m A Wife. I’m A Mom. Oh, and I’m A Swinger on the Side.” In this day and age, that kind of title isn’t really shocking.

What I did find shocking, however, was the fact that I made it through the entire article without vomiting Doritos on my computer screen.

Why did reading about the swinger lifestyle make me want to retch? Why did I feel the need to write a rebuttal?

Well, I’m going to tell you and if you don’t care to read my thoughts on the matter, then, by all means, please throw my opinion into the bowl with the car keys. Keep on keeping on with your “hot” stranger sex and web of perversion.

You do you (And let everyone else do you, too), but I only sleep with my husband.

Sweet Jesus, what kind of world do we live in where monogamy is no longer cool? What kind of cesspool society is this where marriage is far too often considered boring and unfulfilling and people actually hire babysitters to watch their children so they can hit up a swingers club and grope strangers?

Why is the act of swinging so glorified?

It’s so terribly sad that sex has merely become an unemotional, feel-good activity instead of a special bond between two people who truly care about one another.

The aforementioned article begins with the author declaring she isn’t some oversexed puppy in 4-inch heels and tight jeans who wants to seduce your husband. She doesn’t actually pick car keys from a bowl as I previously mentioned (I apologize for that horribly stereotypical reference).

Her marriage didn’t start off as some kind of strange love triangle. She wasn’t a sex addict who pulled unsuspecting pizza delivery guys into her foyer and rubbed them down with marinara sauce. And she wasn’t living the life of an adult film actress… she was a “good” girl.

Then the author states, “But eventually the reasons against experimenting sexually with other people were overshadowed by the curiosity — and the exhausting requests by my husband.”

Ahem. Curious, are you? Borrow a Harlequin novel from your grandmother and get over it!

And the husband made “exhausting requests” to experiment with other partners because he missed out on so much sex in his youth? Boo freaking hoo!

Sorry, you didn’t bang the entire waitressing staff at Hooters back in the 90s, dear sir. You should have found the time to get to that before placing a band of loyalty and “oneness” on your chosen woman’s finger.

The only thing “exhausted” about that request should have been the wife’s foot… after kicking her horn-dog husband in the butt.

I gulped down the wad of nacho tortilla chips that threatened to escape my lips and kept reading, only to discover that this hip and happening couple went to a swinger’s club and wonderful, magical things happened that could probably be summed up in the first four minutes of an episode of Taxicab Confessions.

Seriously, I’m envisioning really romantic, life-altering necking and petting with confused businessmen who think with the wrong head 99.99 percent of the time — and confused women who suffer from substantial self-esteem issues and only find their value in men who paw at them like animals.

But that’s just me.

The author goes on to defend swinging and says that the key to a successful open marriage is “communication and respect.” Let’s see how our good buddy Webster defines “respect,” shall we? ” … a feeling of admiring someone or something that is good, valuable, important, etc.”

Can someone please tell me how in the world having sex with strangers is good, valuable, or important?

Sex is most certainly good, but is it really “good” to pass some ship in the night whose cargo is possibly The Clap?

Is it “valuable” when you give your body — your temple — to a person who doesn’t give a damn about anything other than conquering your flesh?

Is having steamy sex with a stranger during your layover at LaGuardia “important”? The answer to all, despite what swingers may think, is a fat resounding no.

But let’s not just stop at Webster. How does our dear and wise friend Aretha define R-E-S-P-E-C-T?

That’s right, Aretha has it. Aretha didn’t say, “Baby, Etta James and Diana Ross and half of The Chantels, and I’ve all got it.” Aretha has it, baby — just Aretha. Aretha has what her man needs, and she demands his respect in return.

I’m not buying that there’s genuine communication and respect involved in an open marriage. I’m just not buying it.

Swingers, do you really respect yourself for sleeping around? How can you possibly respect your spouse when he’s had his mouth and manhood who knows where? Do you even respect sexual activity if you’ll engage in it with people with whom you are not emotionally vested?

Finally, the author states that her children are in the dark about their parents’ swinging lifestyle. They see Mommy and Daddy fixing omelets and holding hands and pretending to be totally committed to one another. Yes, I said pretending.

Because you can’t be totally committed to a person if you’re sleeping with someone else. There’s no exclusivity — no commitment — in swinging.

The author goes on to say of the future, “Maybe then (our children) will be ready to grasp the idea that you can love someone, spend your life devoted to them emotionally, be best friends, lovers… and have sex with someone else on the side.” (That’s where I really had to restrain myself from regurgitating the Doritos.)

You cannot purely, nobly, and honestly love a person, spend your life devoted to him/her emotionally, or be best friends and lovers if you’re giving yourself to another on the side.

Marriage is about throwing away all of those “on the sides” and being solely devoted to one person emotionally and physically.

Marriage is about two. Not three, not twenty, not two plus a young guy who works at Foot Locker on weekends. It’s about two becoming one — one body, one spirit, one unit, and one love.

How can two become one flesh if multiple fleshes are involved?

Furthermore, how can swingers guarantee that their careless and selfish lifestyle is not paving the way for promiscuous, broken daughters and adulterous, lying sons who have incredibly distorted views of marriage and commitment and unity?

How can swingers even argue that marriage is worth having if they don’t feel they are enough for their spouses? And how can swingers effectively explain how jealousy is not an option when the person that they so love and value and respect is giving themselves to another?

“It’s just sex,” they say. “It’s just having a good time and making the most of our short time here on earth.”

Malarkey. Sharing the marital bed with outsiders is disrespecting the sanctity of marriage in an incredibly obscene way. It’s disrespecting your spouse, yourself, your children, and your vows. It’s lazy and selfish and detrimental to the emotional well-being of all involved.

Oh, this all sounds terribly judgmental of me, doesn’t it? I’m such a close-minded prude with my high regard for marriage and fidelity.

I get it. I understand that my old-fashioned views on faithful marriage and my contempt for anything less than sole devotion is now considered boring and lame.

Also, I understand that I shouldn’t judge your lifestyle because I find mine to be “noble.”

I understand whatever arguments are bound to come my way over writing this rebuttal.

I understand those arguments are ridiculously vile and truly devoted spouses in real, honest, strong marriages will never agree with them.

Call me a prude. Or Call me closed-minded. Or, heck, even call me lame and conservative and boring and judgmental.

I’d rather my children, my friends, and my society calls me any of those things than call me a swinger.

Originally written by Susannah B. Lewis on YourTango