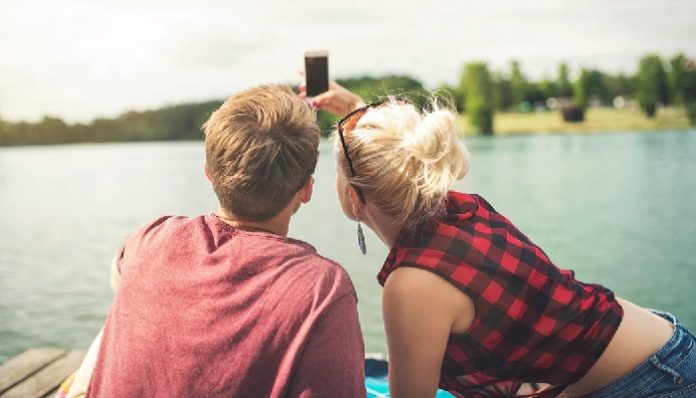 I had never truly believed there could be pure and disinterested friendship between a guy and a girl.

Until, when I was 19, I started college and found myself in a mostly male-populated course. And I mean 1:5 female:male ratio. I won’t blabber about how wonderful it was to be in a high male populated atmosphere, but it was. And the best part is that, although I didn’t meet anyone I was interested in  romantically, I met a lot of guys who became my friends, and one in particular became one of my best friends.

I know what you’re thinking: friendzone. Nope, truly, it wasn’t. Frank and I at first didn’t really get along, and we actually tried to avoid talking to each other. But then, living close to one another and hanging out with the same people, we started to spend more and more time together, texting each other every day, going to and from classes together and talking about everything. People thought we were together, but there has never been anything romantic between the two of us. At least for me, and I’m pretty sure for him too.

Being in high density testosterone classes helped me see men in an entirely different way: they’re just like us! No seriously, they are. Some of them may have jerky and childish views about sex and relationships, many are assholes, but many men are just like girls.

You need to know this about me: people like to tell me their things. And I barely have to ask. They just start pouring their souls to me. And I love that I inspire so much trust in them (but that’s another topic). So I became their confidant. And while it could have been weird at times, being “one of the guys” was awesome. I listened to their mental trips, their paranoia, their fears about girls and dating, I helped them answer texts, analyze them, I listened about their broken hearts, about the cheating girlfriend who ruined their trust but they still loved, their insecurities about the girl they liked but was sending them mixed signals, and the one they thought was out of their league. And I discovered that they are just like us, if not even worse! I over analyze EVERYTHING in a relationship, but some of them outdid me. If it were a race: they would be Usain Bolt, and I would be…me, aka the slowest being on Earth.

I’m still friends with those guys, and while with some of them there might have been something vaguely romantic at one point, with Frank there never was. We still see each other at least twice a month, we take long walks together, we text weekly. When I have to vent to someone about the crappy people or boyfriends of my life I text him or talk to him (or pass screenshot to him). And he never does that because he’s in a great relationship with a great girl which I ADORE.

A girlfriend of mine was wondering why Frank’s girlfriend wasn’t jealous and felt okay with me and her boyfriend going to the movies or dinner together and generally hanging out.

I think it’s because she’s smart enough to realize I’m not a threat: I’m not going to seduce her boyfriend, and let’s face it, if nothing happened in 6 years, it’s probably never going to happen.

But I think the most important thing is that HE’s reassuring: he’s sensible and sensitive enough to reassure his girlfriend about his feelings for her and for me, he’s honest about our friendship, doesn’t hide anything from her, and probably told her that I like her almost more than I like him (just kidding, Frank! actually, no I’m not).

So, the thing I wanted to say was: friendship between men and women IS possible, with the right people. And if you have the right partners, it won’t ever be difficult. Trust me.

Featured image via Duri from Mocup on Unsplash