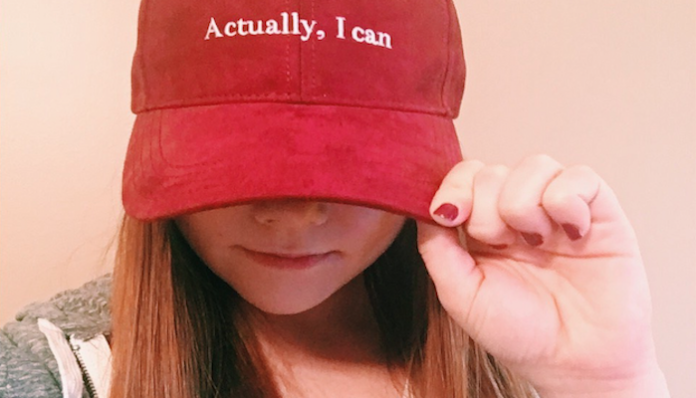 To all of you who think that fashion doesn’t matter, listen up. The political climate is higher than ever. People are boycotting brands, donating to organizations through clothing purchases, and using their fashion to speak for them. Your clothing choices and sartorial purchases are starting to make a significant difference in the world.

When I meet people, one of the first things they ask is what I do for a living. I’m a fashion and beauty writer, and it’s whole-heartedly who I am. But as much as I love my profession, I’d be lying to say that I haven’t been at least a little embarrassed to admit it. I am a journalist, but as soon as the words fashion and beauty come out of my mouth, I see people instantly undermine my job title. Especially with everything going on in politics at the moment.

It’s hard enough saying that you are a journalist in this political climate. President Trump has worked the majority of his time in politics to make people fear journalists. To make it an us-versus-them situation. To convince people that journalists aren’t there to inform them with the truth, which is very much a lie.

What you wear, which turns into what I write about, is important. There was an influx of apparel that went around specifically for this election season. Everyone from small businesses on Etsy to Marc Jacobs designed election attire. That included everything from t-shirts with protest slogans on them to faces of politicians. Just because the president has been picked and the battle has been won doesn’t mean that the political clothing is slowing down though.

President Trump has threatened multiple organizations since getting into office. Just a few of them being Planned Parenthood, the ACLU, and the Natural Resources Defense Council. And guess what? Designers have created shirts that you can purchase that give proceeds back to all of those organizations and more. That means that what you wear will spread a powerful message and give back to charities in need at the same time.

That’s not the only way fashion is impacting the world either. Neiman Marcus, Kmart, and Sears have dropped Trump-branded merchandise. Why? Because people have stopped buying it. You might not have the power to actually make the laws in this country, but you can control what you wear and where your money goes. The recent headlines prove that it’s starting to make a difference too.

The message is so strong that New York Fashion Week took a stand with Planned Parenthood. They made pins that read “fashion stands with Planned Parenthood” and passed them out throughout the week. Plenty of fashions designers have incorporated political messages into their shows as well. Christian Siriano debutted the “People To People” shirt that you can buy online. Tommy Hilfiger had models down the runway with white bandanas saying “tied together” around their wrists. Creatures of Comfort designed a “we are all human beings” shirt. Those are just a handful of items that walked the runway and made a political statement.

Whether you’re buying the $10 tee from Etsy or investing in some higher end pieces, every purchase matters. It’s so easy to buy an item or accessory and move on. But when you start being more aware of what you’re wearing and what your clothing says about you, you’ll understand how much of an effect it has on the world.

Keep shopping, being you, and wearing what you believe in. Because at the end of the day, what’s on your back makes a powerful statement.

6 Travelling Tips You Should Definitely Know