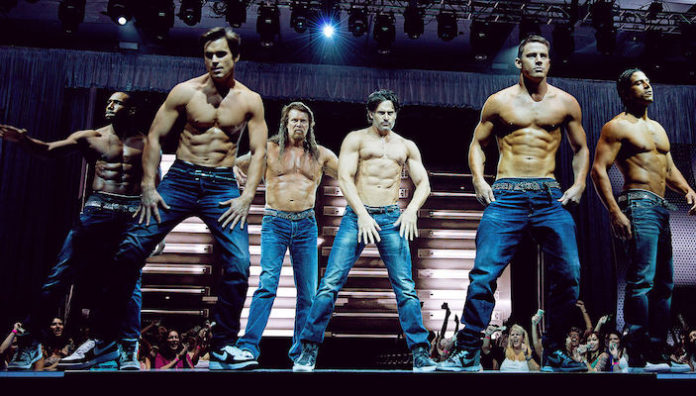 “Hoots, A Hooters Joint” is set to open in a Chicago suburb this month, and based on the possible success they may create more in a city near you soon. It’s apparently the company’s attempt into the fast-casual eating scene (like Chipotle) and will feature a pared-down menu of Hooters’ typical fare. So it’s basically hooters without the hooters.

And while social media is exploding with enthusiasm towards the idea, women should not expect to see any half-naked men walking around with their wings and beer. Bummer, I know. According to an interview in the Tampa Bay Times, servers will be both men and women who wear t-shirts with the Hooters logo.

So basically it’s a classy Hooters. And what is the fun in that?

To help cope with the disappointment of the announcement I’ve put together a list of hot celebrity hunks we would all want to be our hot male Hoots servers to be. Just try to envision them walking around with their shirts off, muscles glowing, and a tight little pair of orange shorts hugging their cute little bums.

I’m talking man bun Chris Hemsworth who looks like he’s about to battle that jerk who cat called you while you were being escorted to your seat.

You better pray to the heavens up above Pony comes on so you can get an extra special offer only available for a certain time only!

Customer service is a huge deal to him, so you know he’s going to be lovable and care for you. Plus with his good heart and generosity (and a large share of Uber’s stocks) he could hook you up with a free ride home!

You and your girlfriends have a table by the fireplace, Justin comes by with some fondue and swaggie, you’re impressed by his angsty attitude and probable poor service.

Because not only will he listen to you vent about your ex-man, but he will cry with you and probably write a banger of a song about it. We all love a man who can express his emotions with us.

All 5 of the Backstreet Boys

Not only could they serenade you to pieces, they can give you subtle hints on how your dates going through song. They see you’re uncomfortable and start singing “Get another boyfriend.” It’s perfect!

All in all the news about Hoots was a huge letdown and it’s a true shame they chose to take their food chain in this direction. It’s not as though we are mad that they still continue to objectify women, it’s the fact that they can’t play along and make it equal. Let’s be honest, going to a restaurant essentially similar to Hooters but the only difference is servers and wait time, isn’t really worth the difference to me.

3 Steps Parents Should Take To Help Their Kids Deal With...