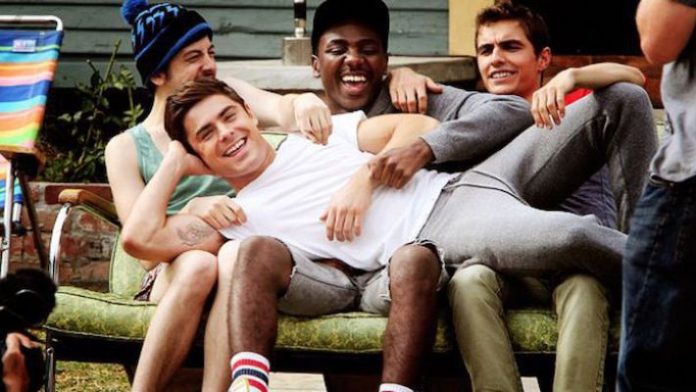 I have met some questionable people at parties, but I like to give the benefit of the doubt that alcohol was a major contributor in their actions. Although the majority of the guys I’ve met at parties have made me question ever associating with the male race again, I do get a good laugh out of how stupid some guys are. There are also some guys that are not complete horndogs, which reassures me that the human race isn’t completely doomed.

This same line has been used on me on four occasions, “you’re the prettiest girl at the party.” Sure, it’s flattering, but it would probably be better if I couldn’t smell the Bud Light on your breath. This line is not original and I throw up a bit in my mouth each time someone says it. I like to think I have a decent personality and if these guys took two seconds to have an actual conversation with me, they may realize I have a lot more to offer than my looks. To me, this line is used to come across as a decent guy who doesn’t use cliche lines. The first time a guy said this to me, I blushed so hard I’m pretty sure I resembled a strawberry. However, each time this line is said to me, I get a little disappointed in how original these guys think they are being.

Most of the time, this is the guy that just got done playing some intense round of Beer Pong and is looking to celebrate, or the guy that looks a little too intoxicated. Seriously, I’m not a huge fan of alcohol soaked tongues in my mouth in the first place, but when I’m confused as to whether he’s a lizard or a human, we have a problem. Yeah, I thought he was cute so I allowed a kiss or two, but that didn’t mean I wanted his tongue to be lodged so far in my throat it felt like I was choking on a pen cap.

It was New Year’s Eve and I was obviously single. The countdown was starting and one of my friends quickly introduced me to her brother’s friend. If you have ever been to a NYE party and were single, you know that you typically kiss the nearest stranger. Unfortunately, that was this guy. I’m open for a quick kiss to celebrate the new year, but this guy ruined the first 10 seconds of my new year. He had so much alcohol that he actually kept hitting my teeth with his. It hurt so much and after about 5 seconds, I was pulling away and running for some ice (okay it was really just another drink). If you are too intoxicated (I hope he wouldn’t soberly use his teeth) to avoid knocking teeth with someone, you should be having water to quench your thirst.

These guys are probably my least favourite in my own weird way. I didn’t hook up with them in hopes of something more, and I’m usually fairly clear about my intentions with someone. I have had many text messages from guys asking to go out to dinner after a party or meeting them at a bar. I usually say yes because I’d like to think I won’t fall into my old habits. However, this always ends with me bailing last minute with some lame excuse and them asking to reschedule, which I do. The average is usually about 4 attempts to go out before they stop asking. I do appreciate the persistence to a certain extent. Sometimes, the effort is just too forward for my liking that it’s actually a turn off. However, I do give credit to those guys that follow up with a girl.

This one may be my favourite, in a really weird way. I regretted hooking up with this guy for the longest time, but it became a running joke that I began to find humour in. This guy had been talking to me all night, so I went to his room with him. As things were getting a little more heated, I casually asked what my name was. I’m not sure why I did, but I’m really glad my impulsiveness kicked in. He hesitated before saying “Alex?” I have a pretty easy name to remember, but this guy went with a gender neutral name that was nowhere close to mine. Guys, if you don’t know a girl’s name, please don’t take a random guess. I actually would have preferred him admitting that he had no clue what my name was. Needless to say, I did end up leaving because I value myself a little too much to continue hooking up with someone who can’t even remember my name.

These experiences have made me seriously consider never going out again. But, it is university and the odds of that happening are extremely slim. I have met some really great guys at parties but unfortunately I’m not always that lucky.

If you have ever had really memorable  kisses, but not for the right reasons, you are not alone. You’ll honestly be able to laugh it off with friends, even if it’s as insulting as someone forgetting your name!

Featured Image via screengrab from The Neighbors.

The Ultimate Guide To Buying A Home While Still Paying Off...