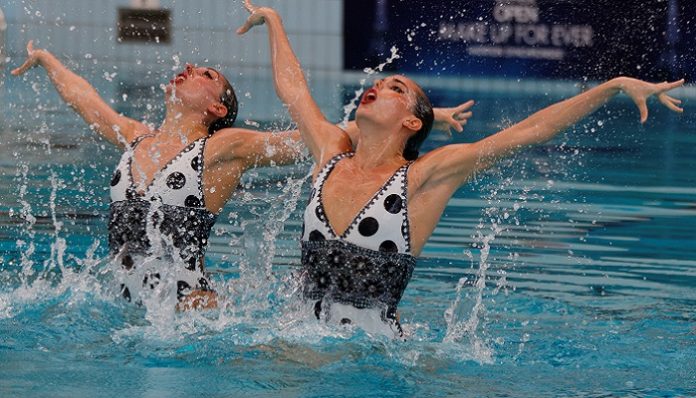 Women’s sports have all too often taken a backseat to the bigger men’s athletic events. These tough women competing in Rio can all attest to the fact that women deserve just as much of the spot light. With campaigns like #askhermore and the ongoing demand for more respect paid to women’s sports, these amazing athletes are sure to steal the show.

The US Women’s soccer team is one of the most successful international soccer teams of all time; they’ve medaled at every single Olympic Games and World Cup Championship they’ve attended. They’re currently ranked #1 in the world and are favored to go head to head with the German team in the finals.

These women have also taken on the sexism of international sports. Captains Carli Lloyd and Becky Sauerbrunn, goalie Hope Solo, forward Alex Morgan and midfielder Megan Rapinoe stood up this year to demand equal pay for male and female soccer players. These women are fighters, on and off the field.

Check out their game schedule here.

Shelly-Ann already has two Olympic gold medals, and she’s coming in for her third this summer. She’s the only women to have held onto the world title for the 100m race for three consecutive years, as well as the only Caribbean women to win a gold medal for the 100m sprint at the Olympics. Despite her blazing speed, Shelly-Ann has risen to prominence under fellow Jamaican teammate, Usain Bolt, and gone almost entirely unnoticed. Now, she’s starting to draw more attention; she’s been dubbed ‘the greatest female sprinter of all time’ by Michael Johnson, after the 2015 World Championships. She’s favoured to win the gold yet again, and bring the Jamaican women’s relay team to victory as the anchor.

Claressa Shields embodies the spirit of a fighter. She’s the first American woman to ever win the Olympic boxing title, and as of right now, she’s only ever lost one match. Her drive is incredible, and she’s learned to never let anyone tell her how to act. According to an interview on NPR with Sue Jaye Johnson, while meeting with PR Strategist, it was suggested that she stop talking about how she likes to fight other girls so publicly. Claressa was having none of it. In her words “Their definition of a woman – you can be tough, but not too tough. If I want to get in there and kick a girl’s ass, I’m going to kick her ass. That’s it. You might as well have told me to start punching my opponents a little softer so girls won’t feel so threatened.” Slay girl, slay.

Claressa has already advanced to the quarterfinals, but her entire match schedule can be found here.

Yusra grew up in Syria, training for the Olympics. When the civil war hit, Yusra and her sister fled to Turkey, where they attempted to cross the Mediterranean by boat. When the boat started to take on water, Yusra, her sister and another refugee got into the sea and for two hours, swam the boat to safety.

Now, Yusra is going to compete in two races for the first ever Refugee Olympic team. Completing her training in Berlin, Yusra has finally made her Olympic dreams come true. She’ll be swimming in the 100m freestyle on August 10th at 12:02 PM; more info here.

Ona’s name literally means “wave” in Catalan, a dialect of Spanish. Competing in synchronized swimming has been an escape for Ona; she prefers to be in the water, rather than on land. Her status as a top-level athlete on the world stage has helped to raise worldwide interest in the sport; she’s helped create a reputation for the sport beyond the elaborate costumes and makeup. Ona has used her celebrity status to showcase the beauty and grace of synchronized swimming, as well as the intense athleticism necessary to compete.

Ona will be competing in the duet category, the first performance on August 14th at 10 AM. The rest of the schedule can be found here.

Rosie is now entering her third Olympics for trampoline gymnastics. In Beijing, her goal was just to make finals. At the London Olympics, she took home the gold. Her goal to compete at Rio, however, was not a surefire bet. She had to fight though a concussion to compete at the Pan Am Games in order to qualify. Now, she’s slotted to lock down another gold medal, as well as being crowned the flag bearer for the Canadian Olympic team.

The Japanese women’s team placed third at the London Olympics in 2014, the team hopes for another podium finish this summer. With the added pressure of the upcoming 2020 olympics in Tokyo, the Japanese team is setting their goals high this summer. Coming in 5th at the 2015 FINB Volleyball Women’s World Cup, the team has their work cut out for them, but with volleyball all-stars Saori Kimura & Haruka Miyashita, they just might have a shot.

Check out the women’s volleyball schedule here; the net match is on August 8th, at 10:30 AM.

With women like these competing in the Olympics this summer, there is no doubt that the Games will fulfill any sport fan’s dreams. Keep your eyes peeled for even more female focused Olympic greatness from all kinds of women athletes, competing alongside their male teammates!

Why Spring Is The Mental Break You Need