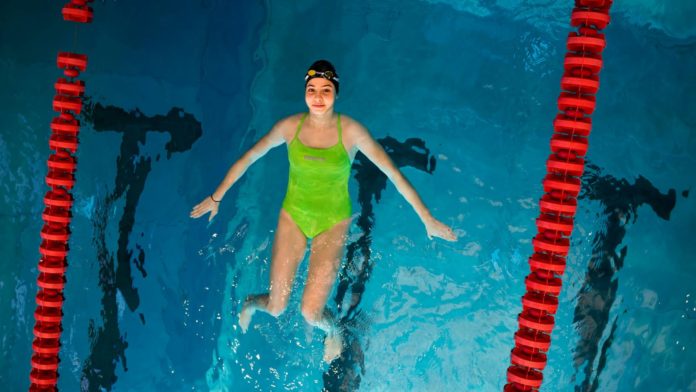 The 2016 Summer Olympics are in full-swing: Friday’s beautiful opening ceremony ushered in wins for the United States, earning a gold in shooting, five silvers and a bronze.

Yet, avid fans of the international games will notice one particular change to the countries represented: one team has no country. The International Olympic Committee has recognized this country’s current global refugee crisis by allowing a refugee team to participate. The 10 athletes represent four different countries: South Sudan, Ethiopia, the Democratic Republic of Congo and Syria.

One Syrian athlete’s story has already gone viral. Olympic swimmer Yusra Mardini pushed a sinking dinghy full of 19 refugees through the freezing Aegean Sea from Syria to Germany just over a year ago. This month, the 18-year-old competes in the 200 meter freestyle. A piece of cake compared to what this lady has faced.

Poet Warsan Shire made headlines earlier this year for her love poetry being featured in Beyonce’s Lemonade, but the Somali-British writer also extensively talks about the refugee experience. In one piece, “Conversations About Home,” she writes:

“I hear them say, ‘go home.’ I hear them say, ‘fucking immigrants, fucking refugees.’ Are they really this arrogant? Do they not know that stability is like a lover with a sweet mouth upon your body one second; the next you are a tremor lying on the floor covered in rubble and old currency waiting for its return. All I can say is, I was once like you, the apathy, the pity, the ungrateful placement, and now my home is the mouth of a shark, now my home is the barrel of a gun. I’ll see you on the other side.”

Mardini’s story is just one of millions of currently displaced refugees across the globe. There are over 19 million refugees in the world right now. It only makes sense that this group be represented at the biggest sporting event on the globe.

The refugee team participates under the traditional Olympic banner, rather than any one country’s flag. To me, it’s one crazy beautiful metaphor for what this event is all about: many countries and many colors coming together to compete, to work together and most of all, to show their skills.

Mardini has already captured first place in her 100 meter butterfly heat — and it’s only day 2 of the Olympic games. I can’t wait to see what’s in store for this team.

Yet, the Refugee Team is more important than the number of medals they earn: at a press conference last week, the team celebrated that being on the national stage is a win in itself.

“We are ambassadors for the other refugees,” says runner Yiech Pur Biel from South Sudan. “We cannot forget this chance that you gave us.”  Their participation in the games can help break the stigma of immigrants, refugees and all displaced peoples. “We are not bad people. It’s only a name to be a refugee.”

When You’re Ready For A Wife, Come Find Me