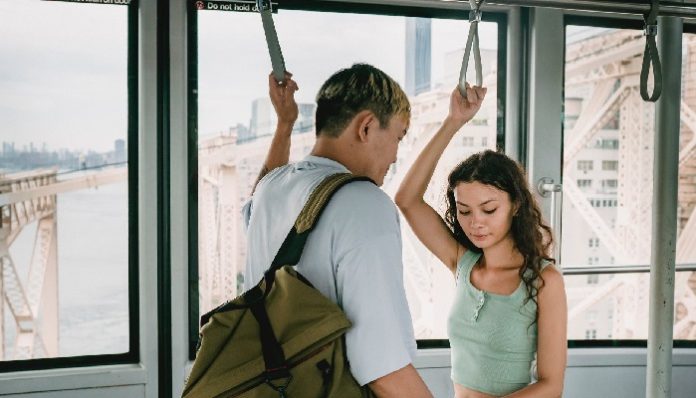 Up until college, that’s how I thought all long distance relationships were: unsuccessful. Then, my sophomore year of college, I met my now husband. He lived about 4 ½ hours away from me. While this was definitely the shortest distance I’d experienced, it seemed so much harder now that I was older and took relationships more seriously.

There were a few key things that aided in the success of our long distance relationship.

We were constantly in contact. Not in a clingy kind of way, but in the kind of way that there was no reason for me to question him or his feelings. I knew he loved me, because he was constantly making an effort to talk to me, letting me know I was on his mind.

2. Making time to be together

This can be a hard one, depending on how far away your SO is. Being on different continents, obviously, would be harder than the 5 hour drive that we were blessed with. But it’s still important to make an effort to make the necessary time to see each other. This means planning (and saving) for visits, and lots of FaceTiming between trips.

This is essential for any relationship, but it’s a lot harder when your boo lives far away. You can’t just call them up and hang out 5 minutes later. If I was having a hard night and I wanted to see him, it would take him 5 hours before I could be in his arms, and that was discouraging. Despite this, my boyfriend always found ways to let me know that he was thinking of me. He became friends with my roommates, and he’d text them to set up presents and surprises to be waiting in my room when I got home from school, or he’d surprise me with the trip up, just to bring me dinner. No matter the distance, there IS a way to show that you love them and are thinking of them, you just have to be willing to get creative.

4. Making the most of the time you do have together

There were times when I knew we were facing months apart, and it always broke my heart. I’d always cry when he left, and cry a few times directly after his departure (or mine), and that’s definitely normal. It’s natural to be sad when you’re away from the person that you love. But that meant that when we were together, we made the most of that time. So after making out really quick (let’s be real, you missed him, this is perfectly acceptable), you need to take advantage of the time that you have. It was often like we’d go on 5 dates in one day. We’d stay up all night, almost never sleeping, so we had as much time face to face as possible.

The keys to surviving a long distance relationship are similar to those that are required in a normal relationship, but it is definitely more difficult to maintain. Just because it’s more difficult doesn’t mean that it’s not worth it, though. If both parties are willing to put in the effort, then the relationship will be the most rewarding one of your life.