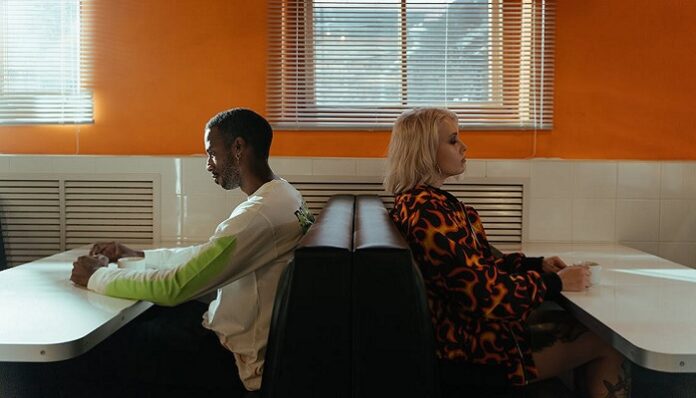 The dating scene is becoming increasingly non-confrontational. In many ways, that actually hurts us more than helps us. After all, problems can only be solved if you speak up and confront the issue in a reasonable, calm manner. The increasingly common choice to avoid confrontation at all costs often leads people to become passive-aggressive, resentful, and downright terrified of walking away from relationships that aren’t working for them. This means that they don’t know how to break up with their partners.

Unfortunately, this often means that people end up staying in relationships they don’t want to be in because they are too afraid to end it. What most people don’t realize is that guys are just as likely to avoid pulling the trigger as girls are. What’s even scarier is that most girls don’t realize when guys don’t want them anymore until he’s actually out the door.

Make no mistake about it — if you notice any of these signs he wants to break up with you, you might be paired up with a guy who’s hoping you’ll just leave.

1. In the past, he’s admitted that he tends to avoid confrontation and go along with what people want to do in order to avoid fighting.

No shocker here, right? Men who have a history of acting like doormats or refusing to call people out on crap are more likely to stay silent when they want to break up with you. That being said, this alone is not one of the automatic signs he wants to break up with you but is too cowardly to say it. All this is saying is that the chances are higher that he’ll behave this way if he does want to call it quits.

A good rule of thumb to follow is that sex never really stops happening in a healthy relationship. If it stops, starts to feel forced, or if he’s clearly coming up with excuses just to avoid sleeping with you, chances are high that he lost interest in you and wants out.

3. You’ve been finding evidence of him trying to start an affair.

A lot of men will not leave one relationship until they have another lined up. If you regularly find signs that he’s posting online or trying to start something, then chances are that he’s trying to get a “lifeboat relationship” lined up.

4. You can’t get him to talk to you about anything, even his day.

When men are happy in a relationship, their partner becomes their number one confidante. If you literally have to pry and wheedle out almost any kind of conversation, he’s not really feeling the relationship anymore and just wants you to leave.

5. He makes a point of hinting that you will find another guy other than him in the future.

If you aren’t married, guys who want to dump a girl but don’t know how to do it might allude to the idea that you won’t be together in the future. If he does this, drop him like a hot potato. You’re worth more than being his temporary fling.

6. Everything has become a bigger priority than you.

People prioritize what’s important to them. If your priority level suddenly drops to the point that you sometimes feel like you have to remind him that you exist, he’s showing that he’s over you. Many guys even will use this as a way to “act single” when in a relationship that they’ve clearly checked out from.

7. Though he used to buy you presents and do nice things, he’s all but stopped that behavior.

In many cases, men will put their money where their heart is. That’s why a guy who doesn’t even get you a birthday present or buy you a drink often is a guy who’s saying, “You don’t matter to me.” Therefore, if you notice his wallet suddenly tightening up, it could be a sign that he’s done with the relationship.

A scary amount of men will do whatever they can to make their partners miserable in hopes that their partner will break up with them. Guys who do this act out as a way to get their partners to do the dirty work of breaking up and also do it in hopes of capitalizing on the “poor abandoned man” image that comes with being broken up with it. Take a hint from him and leave him. No one deserves that abuse.

9. Time with him has shrunk to a minimum.

Guys who want to break up but won’t often find ways to avoid “the talk” by just making themselves unavailable. If he never hangs out with you anymore, it’s a sign that he’s over it and you.

10. Whenever you’re together, it feels like there’s somewhere else he’d rather be.

You know that distracted, aloof look you get when you are daydreaming about other places? If you see him making that same face, checking his cell phone, or just looking bored every time you’re together, he’s already done with the relationship.

Men who are terrified of breakups but are over the relationships they’re in will make a point to hide you from the world. This is his way of subtly distancing himself from you, and possibly getting his butt back into “single mode” with certain people.

12. You literally feel like you have to forcibly wedge yourself in his life.

Do you have to throw a tantrum just to meet his parents? Do you literally have to plead for him to take you dancing? If so, this is a sign that the relationship is dead and that you need to stop trying to do CPR on its remains.

A good sign that he wants to dump you is based on the effort he puts into the relationship. If you’re the only one trying to make it work, he’s checked out of the relationship. Should you find yourself walking around on eggshells and doing everything possible to make it work, it’s best to realize that it may be time to cut your losses. After all, your time is best spent on someone who can appreciate you and the work you’d put in.

Still aren’t sure if he wants to end your relationship? Check out the video below: