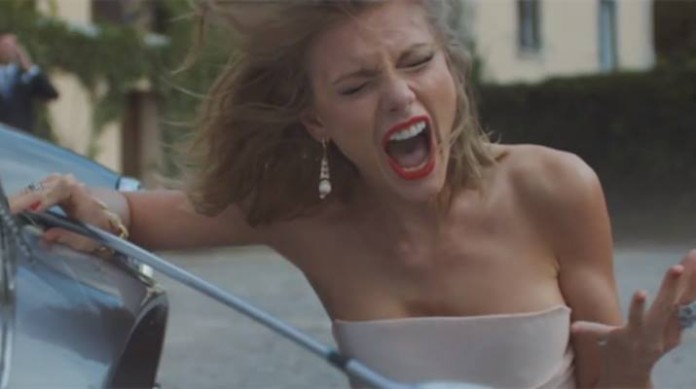 This is the story about a girl, her girlfriend, adultery, and a broken windshield.

Before we get started, I need to let you know that I happen to identify as bisexual (I didn’t choose the bi life, I just got lucky) and tend to date more women than I do men. At the time I’d been dating a woman who, for the sake of this story, we’ll call “Vanessa”. Vanessa was two years older than me, making her way through teachers college, and I was but a sophomore with a Jell-O shot addiction. We’d met on a dating website.

Vanessa and I dated for approximately six months when out of the blue, she stopped contacting me. She “went ghost” for two weeks. I became frantic, texting hourly and leaving messages. She’d deleted all of her social media accounts, so her cellphone was the only way that I could reach her.

Two weeks later, she sent me a text. In it, she laid out how she only saw me as a friend and didn’t want to continue dating. I was crushed and entered a carb induced coma for a few days (Rolo ice cream pairs well with grilled salmon and the crushing weight of rejection). After listening to Beyoncé’s entire discography, I was ready to move on.

I just so happened to be out at a club moths later, when I saw my ex dancing with her new boyfriend.

Did I mention she was also pregnant?

So, being the messy queen I am, I approached her, pointed to her new beau and then to her baby bump and said, “Did he do that or did I?” She smiled at me and made friendly banter as if a few months ago, we hadn’t been making out in the Home Depot parking lot to the soundtrack of Spice World. Her boyfriend kept giving me heart eyes and flirting with me. As it turns out, that was her husband and they’d been married for two years (girl, you do the math.) Her husband then proposes a threesome to which I replied, “Look asshole, if you wanna disappoint two people at the same time, just have dinner with your parents.”

I exited the conversation and went to the bar for something that would erase the memory of Vanessa. After downing a shot, I went to the bathroom. I didn’t hear Vanessa behind me, she managed to push me into the large handicapped stall and locked the door behind her.

Vanessa began wailing and crying, the whole thing was unsettling to say the least. She grabbed my arm and began apologizing for both cheating and for leaving me. Apparently her marriage had gotten stale and she sought new “excitement.” She claimed that she was in love with me and wanted to run away with me, raising her child together. I wanted nothing to do with her anymore and made my way out of the bathroom.

I decided that it was time to go home so I called for a taxi. Vanessa was right behind me, waddling in her cheap Payless pumps, with drugstore mascara running down her cheeks. I got in the taxi and told him to drop me off on campus. When we pulled up to the light, Vanessa came out of nowhere and threw herself on the hood of the taxi. She had a brick in her hand and was slamming it against the windshield. She managed to smash the glass and started screaming my name at the top of her lungs.

Naturally the cab driver completely lost it and got out of the vehicle. I grabbed my purse, opened the door, and ran down the street to the closest subway station, got on the train, and didn’t breathe a word of this to anyone.

To this day I thank my lucky stars I got out of that one, though I’ve still never figured out what became of Vanessa, her husband, or her child.

4 Things That Happen When You’re The Offspring Of Two Black...