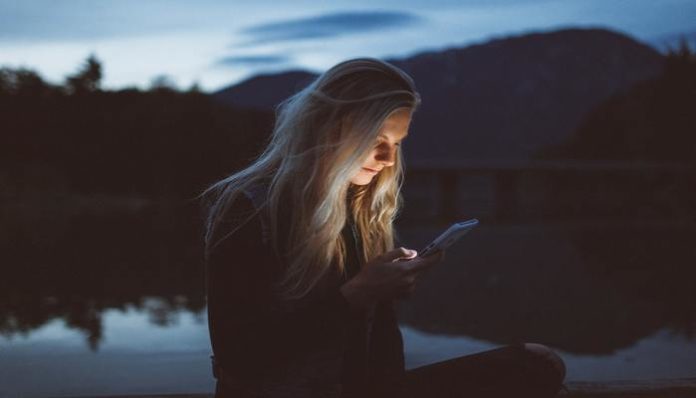 There’s a good chance you’ve gotten that call or text — the familiar voice saying, “I miss you” or expressing a similar sentiment, even though this is your ex, the same person broke up with you.

It’s particularly confusing to hear or read things like this when you still love someone.

Getting a text from your ex can leave you wondering what it means. How can you get over a breakup when he keeps texting or calling you?
When men leave and come back, they often show no other signs of actually wanting to get back into a relationship with you. They may text or call, but make no true attempts to get together or talk through what happened between you and why.

Let’s talk about what this really means.

Someone can miss you without wanting to get back together with you.

He may miss the company, the sex, or the mutual things you used to laugh about. He may miss you for some reason you will never know.

However. this doesn’t mean he misses you as a partner or that he wants to be in a real relationship with you again.

He may realize on one hand that you possess some good qualities he misses, while on the other hand holding onto some core dissatisfaction or fact he views as unchangeable.

Sending a “I miss you” text is easy. But not backing it up with any action is being emotionally unavailable, manipulative and/or teasing. When your ex reaches out after breaking up with you, it might be because he wants to get laid or wants an ego boost. Maybe he wants to find out what you’re up to. And sometimes, he doesn’t want to be alone

What you should do when your ex contacts you again?

Regardless of the reasons why, he will come back, so here’s how to deal with it and get over a breakup when your ex keeps reaching out.

This behavior is disrespectful and selfish, depending upon how your relationship ended.

If you were left hurt or confused by the breakup, his reaching back out shouldn’t be viewed by you as a goodwill gesture.

Continue to grieve the loss of the relationship if needed. Try to detach yourself from any feelings about it.

Do what’s in your best interests. Be honest with yourself . Don’t let someone play with your heart.

Be direct about what you want. It’s okay to say “Don’t tell me that unless you are truly looking to get back together and make things work this time.

Women tend to want to be nice in their responses. You don’t have to be. If “no contact” works best for you, then enforce it! It’s okay to say, “I don’t want to hear from you again. I’ve moved on.”

Remember the reality of the relationship that ended, not just the fantasy.

Was it really as good as it seemed? Did you feel good, comfortable, safe and cared for? When a relationship ends, we tend to idealize the other person and forget the negative parts about them. This won’t help you.

Your ex may have reached out for many reasons, most of which aren’t in your best interest.
If he reached out for a legitimate reason, his actions and behavior will show this. He won’t only say he misses you, but show you. He will be able to identify his own fears or the changes he needs to make — without blaming you or demanding that you be the one to change.

If he pinpoints something between you that was troubling, you both should have an idea of how to fix that together.

After hearing “I miss you,” or a similar remark, be skeptical.

Don’t let your own emotions carry you down the same path you’ve been down. You already know it’s a dead-end street. Don’t sell yourself short. Don’t entertain being anyone’s back-up plan.

Someone who genuinely wants to be with you will be clear about it and won’t resist making an effort.

6 Ways You Can Save Money On Health Insurance