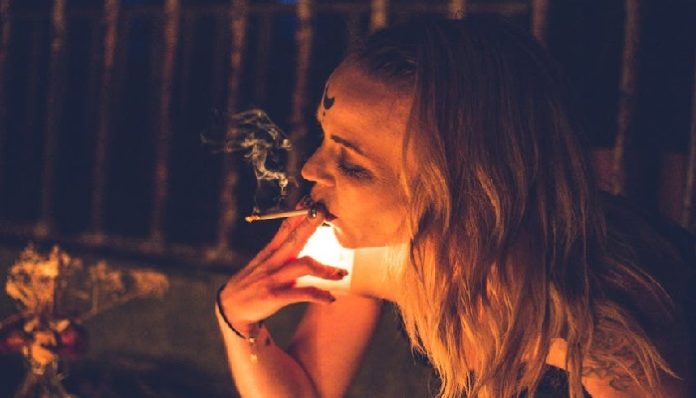 When you start a new relationship, you ignore some of the warning signs. Sometimes these warning signs really aren’t that big of a deal, more like a suggestion. But sometimes they’re full blown skeletons trying to bust out of someone’s closet. They make your eyes go wide and you lose your ability to breathe momentarily, before attempting to regain your composure, saying that everything’s fine, no damage done.

That’s how it happened for me.

It was probably about 2 AM. We’d been making out on the couch of my dorm room. Somewhere in the middle of that, we stopped and our conversation turned serious, spilling the beans on all our monsters we had kept under the rug.

And my boyfriend sat there with wide eyes, losing his ability to breathe momentarily, as I told him all the things I pretended didn’t exist.

Telling someone doesn’t get easier after the first time.

I told him that I had an eating disorder. He loved me and spent enough time with me that it was something that he already knew, but hearing it come straight from me made it scarier. His behavior shifted, encouraging me to eat when I didn’t want to. It was heart breaking, to see the sorrow in his face when I picked at my meals, or when he heard me throwing up, or when I’d kill myself at the gym for four hours.

Every addict struggles with the fear of a relapse. I wish this wasn’t the truth. An addict can go years and years and never relapse, and I am green with envy for those people. While I am so, so happy for them and my heart is filled with joy that addicts, of any sort, have been able to overcome their demons and better themselves, a small part of me aches to be rid of my own demons.

That night almost two years ago wasn’t the first time I had to cry into my boyfriend’s arms and confess that I’d relapsed.

We’re married now, and even though he says he knew what he was getting into when he got down on one knee, I know that he’s wrong. No one really knows what they’re getting into. He didn’t foresee the tears, the nights holding me on the bedroom floor while I sobbed because I felt out of control, or standing outside the bathroom door while he waited for me to finish purging. He didn’t know the heartbreak that would come to the both of us, as I would have to tell him that it had been days since the last time I ate, and him holding me as I cried, asking what on earth he could do to help.

Being close to an addict is the most heartbreaking kind of relationship. Because you love them, but you don’t always know how to help them, and there isn’t always a way to help them. You have to stand by and support them and give them all the love in the world, and hope that when they need your help, that they’ll ask for it. And when they don’t ask for help, because usually they won’t, you have to help anyway.

Why You Need To Stop Apologizing For Everything You Do