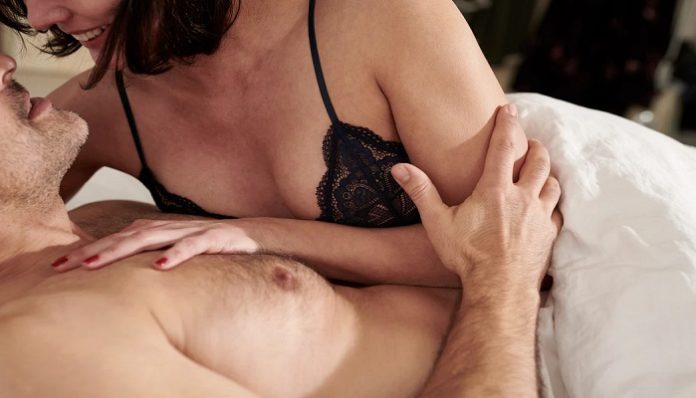 In today’s culture, a large penis is viewed as desirable. Women see it as the one that pleases them the most, and they fantasize about it. However, I wouldn’t say that’s true. There is a big misconception about sleeping with a man with a bigger than average penis.

Think about it, ladies: How many times have you been with a larger man, and he didn’t give you enough time to warm up? Have you ever had a man think that his big penis means that he doesn’t have to please you in other ways? We’ve all been there. And some of those guys weren’t even that big in comparison.

I don’t know about you, but I’ve had my fair share of disappointing experiences with huge penises. The moment you feel his hard-on through his pants, you get excited. You feel it throbbing and can’t wait to get it in you…. And then it enters you, and you want to scream because it’s too big and nothing about the experience feels pleasurable.

But no one wants to talk about more of these common downsides.

There’s a difference between being big and being monstrous. Sure, I enjoy some girth and would rather a thicker cock than a longer one. But when he has a combo of these two, it feels like a Pringles can is getting shoved up your cooch. And no one wants to feel that type of discomfort.

Obviously, to fit him into your vagina, you need to be wet and turned on. While lubrication can come naturally to some, others may need lube — that’s okay. But it still doesn’t mean that the moment a boner flings out of a pair of underwear, a woman is mentally ready to take it. She needs her senses to be heightened, to be kissed, and to feel aroused.

The longer the shlong, the deeper he’ll hit you. And no woman likes the feeling of a man pounding her to the point of pain. And for those who have never experienced this discomfort, it literally feels like someone is poking a wall really hard in your body, and you instantly go faint.

You can rip easily.

The discomfort of tearing your vagina from sex isn’t pleasant. The bleeding can be equally as embarrassing as whimpering from the pain. And what’s worse is that it doesn’t just hurt at the moment. In fact, it hurts the whole time you have sex, when you sit, when you hit a bump while driving, when you pee, when you sneeze, when you wear certain underwear, and even the next time you have sex. It’s a constant pain that could take days to pass.

It’s hard to hide your expressions.

When you see how big the penis is, you’re shocked and can’t play it cool. You’re like ‘whoa’ in every part of your body. And when it hurts like a mofo, you really can’t hide it. And then he gets concerned (at least if he’s a decent person) and asks if you’re okay. And that ruins the mood.

Men think that if they have big penises, they don’t have to eat pussy.

Yes, they come with plenty of benefits, such as performing many positions that smaller-sized men can’t. But that doesn’t always make up for all the downsides. And it’s time we bring awareness to it. We want a man who knows how to please us and is aware of our needs. Your dick size doesn’t mean shit to us if you can’t please us all around.

Why You Should Never Have To Defend Your Choice To Be...