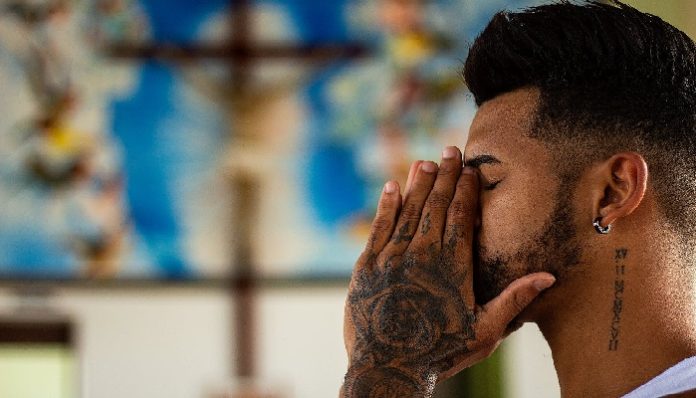 I am a Christian and that is a very different thing to be in this day and age.

Being a 20-something who is religious and observes any religion is extremely difficult. But Christianity has its own setbacks in the “world’s eyes.” Christians have a reputation for being judgmental and hypocritical. The lifestyle of a Christian doesn’t line up well with the social norms of today’s young people. But there are some things that I, as a Christian, want people to understand about me.

Partially thanks to the Duggars, Christians have a reputation for being a bit…weird in the media. The Duggars’ life is their life. Their interpretation of the Bible and the faith is all their own. It’s not wrong, per se, but we’re not all following their example. I can tell you that all of my Christian family and friends use birth control, wear pants, and are allowed to hug members of the opposite sex. Everyone does what they believe God requires of them and while I don’t judge the Duggars, I don’t believe in many of the things they do.

Right now, Christians and the Word of God are basically under constant fire for one reason or another. What should you know about me? What should you know about the true Christian perspective? Hate the sin, but love the sinner. Everyone has done wrong. But one of the greatest commandments of my faith is to love God and to love my neighbor. All my neighbors. No matter who you are, where you come from, what you’ve done, or what you believe. I love you.

Catholicism is just one denomination of Christianity. We aren’t all Catholic. I don’t go to mass. I don’t do confession. I don’t believe Mary or any saint is to be prayed to under any circumstance. Personally, I would identify as non-denominational. I just love God. I partake in communion (although it’s different from what you would picture in a Catholic church). I read the bible and I pray to only God. When I do wrong (and everyone does), I confess that to God directly and I am forgiven.

I can’t even count the number of conversations I’ve been around for that I felt totally unable to offer anything to. I don’t have anything to say when it comes to ladies talking about sex-capades at their college dorms. I just don’t have those experiences because I never engaged in casual sex. I don’t know what it’s like to black out drunk because I don’t allow myself to become that intoxicated. I want to avoid things that I feel are wrong for me and being out of control makes that difficult. I don’t know what to say when people talk about how high they got last weekend because I have never done drugs. I believe sex is not meant to be casually had with anyone and everyone. I don’t agree with the use of recreational drugs or overdoing it with alcohol. I won’t judge you. I won’t talk down to you. I probably just won’t say anything to you. I just don’t choose it for myself because it doesn’t line up with the path I’m on. If you ask my opinion, you will get it. I think what you’re doing is wrong. I don’t think you will be fulfilled in the ways every person seeks to be. But again, I love you, regardless.

5. I have no regrets and would change nothing.

No matter how “different” my faith makes me, I will never change. My relationship with Christ means more to me than anything and there is nothing on this earth that could ever convince me to let that go. To me, a world without God would just be harsh and useless. I believe we are here for a bigger reason than just ourselves and that is the most beautiful thing ever.

Being in your 20’s is rough. You’re still figuring out who you are and where you belong. Many 20-somethings don’t even fully know what they believe at this point in their lives. Being a religious 20-something adds more elements to the struggle than ever before. The fact is, you won’t always fit in. You won’t always relate to others. And maybe that’s OK. I simply hope that by choosing to be a person who cares about others, stands by my convictions, is true to myself, and seeks to be happy, just like anyone else, people will find a way to love me anyway. Just as I do for them.