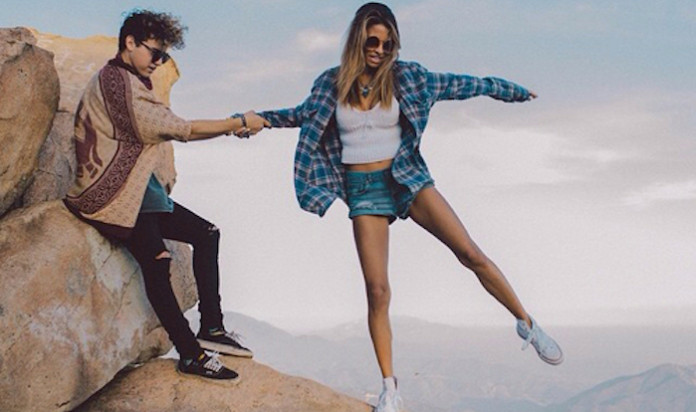 I will be the first to admit, scroll far enough down my Facebook news feed and you will see a chain of list-based BuzzFeed articles all centered around the struggle of “wanting to go out-but not ever wanting to actually leave your house”. We’ve all been there. It’s about an hour until people are set to arrive at your house to pregame, yet your motivation to shower and begin the never-ending process that is “getting ready,” is about a negative four. OR, to make matters worst, you’ve even organized the evening’s shindig and are responsible for the buzz that is now flowing through your house’s walls. Let’s face it – going out on a Friday night ALWAYs sound like a great idea…until you do it.

I can truthfully admit I have never taken a psychology course. However, being a business major, I’ve had enough management-skills courses shoved down my throat over the years to know personality matrixes. Yet the behavior classification that has always stuck out to me was introversion and extraversion. For those in need of a Wikipedia lesson, it’s quite simple. Extraverts are outgoing, love to be the center of attention, life of the party, social butterflies…the whole nine yards. Introverts, as you’ve probably guessed, are supposedly the opposite. Yet, we all know that nothing is ever black and white, so what happens when you’re both?

What happens when you’re an extraverted introvert?

To start, you probably experience that introductory sequence of events on a weekly basis. No, you don’t suffer from excessive mood swings, and girls you are not absurdly PMSing. You’re simply someone who loves to be surrounded by people, but at the same time are completely content staying home alone watching movies. It’s a tough battle to balance to say the least, but hey isn’t that what life is all about? Balance?

1. You love the idea of meeting new people. But having to actually put in the effort to socialize with others is as repulsive as the smell of garbage on a hot summer’s day.

In my opinion, there is an inaccurate and unfortunate negative stigma surrounding introverted people. You don’t have to be overly shy, anti-social, or a hermit to be considered an introvert. At the same time, you don’t have to have 20,000 friends on Facebook to be an extravert. Extraverts can be anxious too, the same way an introvert is still able to speak in front of a crowd of people.  People have this unrealistic belief that just because someone is extraverted, they must be uber confident and 100% comfortable in their own skin. That’s definitely not the case.

I think it’s safe to say that everyone has some degree of self-doubt and we all struggle with insecurities one way or another. Being surrounded by strangers, or people who don’t know anything about you can almost seem liberating, especially if you’re used to people classifying you as a social butterfly.

3. You have had a job that was based around being social (i.e as a promoter, or bartender) and could sell a shit-ton of tickets. But having to actually attend the event? Nahhhhh.

For the longest time I thought, and everyone around me thought, I was as extraverted as they come. I’ll be the first to admit, get me talking and I will never shut up. Ask me to sell something to a stranger? Absolutely. Yet why would I find myself dreading to attend social events with my best friends? Look no further than my inner introvert.

4. Ultra Music Festival? Sign me up! Ted Talk Marathon alone in bed on a Friday night? Sign me up!

Having multiple (and somewhat opposite) definitions of a “good time” doesn’t mean you’re crazy, it just means you have a wide variety of interests due to your diverse personality. Personalities are a part of mental health, and we all know that mental health is a topic that is far from being “black and white”.

5. You are the most inconsistent texter of all time.

Tuesday: (Despite being no busier than you were on Monday) You answer text messages within hours.

Wednesday: You have your friends wondering whether you’ve hopped on a flight to Tahiti.

Understanding your personality tendencies is a great way to better understand your moods and figure out when how you are feeling is actually something to be alarmed about. And if you already feel that you’ve got a good grasp of your own personal situation, it’s almost just as important to be aware of the situations of those around you. Coming from someone who struggles with this personality crash, there’s nothing worse than having super extraverted friends pressuring you to go out when you just aren’t in the mood. As much as it isn’t their fault that they just don’t understand the internal struggle you are going through, they can do their part to better educate themselves about your situation.

If any of these points resonated with you, then welcome to the extraverted introvert club. But don’t worry if you aren’t feeling like joining right now…we’ll just wait till a day when you’re feeling a little more like your extraverted self.

If You Don’t Put Yourself First, You Can’t Expect Anyone Else...

The Best Friendships Always Have These 3 Characteristics