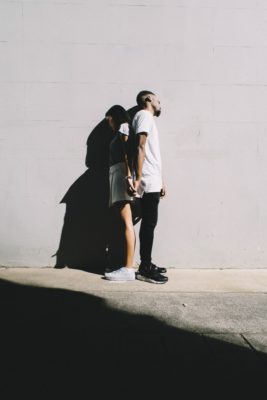 Love bombing is the worst and possibly most insidious of the dating trends because it’s the ultimate in manipulation. It will make you think you’ve found the love of your life. You’ll be bragging to your girlfriends about all the amazing things your man is doing. You’ll feel like you’re on cloud nine. But it will all be based on lies.

Love bombing occurs when someone, who often displays narcissistic traits, attempts to control the relationship by dropping ‘bombs’ filled with love and affection at the start of the relationship. Their aim is to get you addicted to them so that when they show their true colors, you’re already hooked.

So how do you know if you’re a victim of love bombing? Read on…

You’re talking about the future, way into the future

You’re both speaking of surnames,moving in with each other, discussing holidays in 12 months’ time, and chatting aboutengagement or marriage. Meanwhile, you just met three weeks ago, and you don’t even know whether he has any siblings or when his birthday is. If the two of you have started planning way into the future before you’ve really even had enough time to know each other, it’s a surefire sign you’re under the alluring spell of love bombing.

You’re showered with gifts and affection

Flowers, chocolates, compliments, affection… whatever lovey-dovey thing it’s possible to shower you with, the love bomber has it covered. Think grand romantic gestures, lots of public touching and smooching, text messages just to say he’s thinking of you. This is the stuff you dream about a man doing, and it’s actually happening, and you can’t stop bragging to your girlfriends about how amazing he is. Girl, you’re hooked, and he knows it…

He seems to agree with everything you say

At the start of the relationship, the love bomber will share all your interests. “Why, YES! I love the theatre, let’s go see the latest musical/ballet/opera!” he’ll say. “Of course your friend is right to be mad at her boyfriend, he should be more considerate of her!” he’ll agree, or he’ll compliment you like, “I love how emotional and in touch with your feelings you are, it makes me feel so creative.”

It’s all bullshit. You haven’t got a boyfriend, you’ve got a yes man – but only for now. Later, the word “no” will become a mainstay, so brace for it…

He drops “love” early, and often

When things move this fast, it’s not surprising the “I love you” peeks out way earlier than it normally would. Think a few weeks in. Then it gets used all the time, like some intoxicating spell to hypnotize you for what’s to come. If you’re exchanging the word love less than a few months in, beware; it could be an indicator you’re dancing the love bomb dance.

It seems too good to be true

You smile every time you look at him or even think of him. You’re bragging about how you’ve found the one. You think, “How on earth did I get so lucky?”  But stop, and think of the old adage “If it seems too good to be true, it probably is.”

All of a sudden, instead of compliments, you’re getting backhanded insults. Instead of cute “I love you” texts, he wants to know where you are and what you’re doing, all the time. The bomber’s behavior will slowly but surely become emotionally abusive. They know you’re craving them, and they know you’ll fall in line to try to keep them happy and get back to the affection avalanche you got so addicted to in the beginning…

So how do you recover?

Keep in mind, if you can only tick off one or two of the above warning signs, you’re most likely not dealing with a love bomber. However,  if you spent the whole time nodding along, you know how being with someone like this is  an incredibly destabilizing relationship to be in. You’re on your toes the whole time, not knowing if you’re going to get a kiss or an emotional punch. It’s exhausting, and pretty soon, you lose your sense of self.

Recognizing the red flags and getting the heck outta there is your first step. If you break free from this type of abusive relationship, all the warning signs and behaviors should hopefully become apparent once your brain is more clear. Once you’re free, keep your heart open to hope for the future.