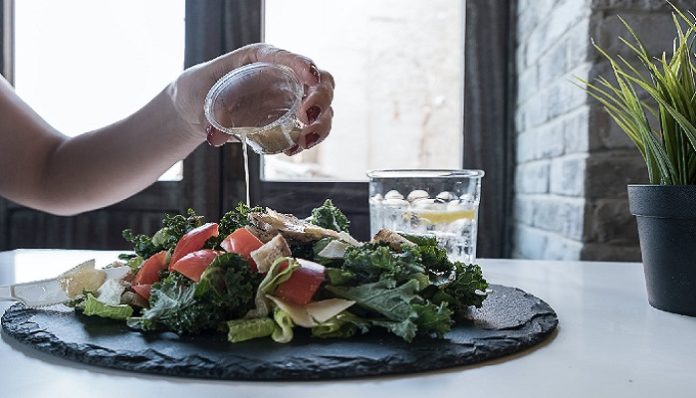 When I hear the term “Lifestyle Change” the first thing that comes to my mind is the resolve to commit to a healthier diet. It’s a given, though, that with this resolution come slip-ups that make you re-think things altogether only to end up at the beginning again, because there’s no greater success story than those with real-life struggles.

Most of us start with creating “Motivational Boards” filled with pictures that are, more often than not, photoshopped to perfection, while others don’t waste any time by getting on with it immediately. No matter how you decided to finally give it a go, I’m certain that the following eight stages that I came up with more likely sum up what most of us go through in our journey towards a better diet (expressed in GIFs):

Coming across numerous motivational quotes and pictures on the web will do this to you. You’d start by creating a checklist (an actual one or even just mentally) because there’s no better way to see things through than to start, right?

After a couple of weeks you’ll feel different. It’s as if you’re glowing with pride because you are doing so well. You might even ask yourself why you only started just now when it’s not really that hard after all.

Well, with all the hard work you’ve done, you certainly deserve one, right?

*too guilty to come up with an explanation*

With all the missed days of workout and dieting, there will come a point that you’ll feel sorry for yourself for missing out on all the “good” stuff in an effort to be fit, so you attend to your wounded self by being convinced that ‘being fit’ is just a state of mind.

Stage 5: “The Return of the Losses”

This can probably take several weeks, but it’ll happen – you’ll begin to notice the “relapse” once the clothes you bought when you were about five pounds lighter become a little skintight.

You can’t blame anyone, really, because it’s you who decided to prolong the supposed cheat “day” and disregard the progress you made those first few weeks that you were still actually trying.

We get it, you messed up, that doesn’t mean that you should allow yourself to circle the drain. You have to remember that panicking (and, sometimes, punishing yourself by crash dieting) is never the answer.

In response to Winnie the Pooh’s question: Yes, yes you can. No matter how badly you think you screwed up, you can always try again, a couple of times. And in the moment that you set your mind into undertaking this whole process the second or third time around, keep in mind that, as humans, it’s normal to stumble along the way, what matters is the will to attempt once more.

Because the road to a healthier lifestyle is never going to be easy, but you can stay motivated with the idea that it’s going to be worth it.

Featured image via The Lazy Artist Gallery on Pexels