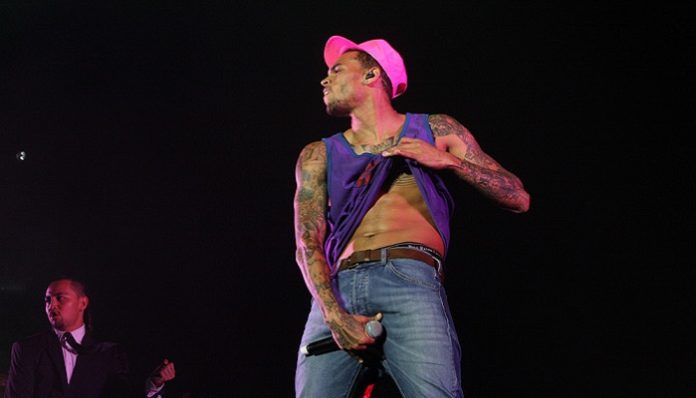 In 2011, Justin Bieber did an interview with The Rolling Stones and claimed that everything, including rape, happens for a reason. In 2014, Nicki Minaj released the music video for “Only” that carried heavy Nazi themes. Popular Viner Nash Grier is known to tweet racist remarks to his 4.9 million followers. Kylie Jenner has been caught, over and over again, appropriating multiple cultures. Even as recently at a week ago, Miley Cyrus made snide implications that racism is not a prominent issue within the music industry while regularly using black culture as props for her own work. If you’re a follower of pop culture, you’ll come to realize two things:

All of these actions are problematic on various levels, a word otherwise defined as offensive toward a particular person or group. And all of these are committed by well known figures, all of whom carry a tremendous amount of influence.

In a world where every word is recorded and every mishap is blasted on the news, celebrities are under even more pressure to behave perfectly. But while the examples listed above transcend far beyond mere mistakes, a common question comes to haunt consumers of pop culture: Are celebrities exempt from criticism? In a society where anonymous hate is facilitated with a click of button, and often without any retributions, should celebrities be allowed a free pass? Some would argue yes. Given the strain of living under a microscope, it’s natural for them to be human and slip. Even Taylor Swift, at the end of the day, breathes the same air as the rest of us. We should just cut them some slack, right?

While I’m most definitely not advocating tweeting them obscenities (When was the last time you went a full day on Twitter without seeing “die you ugly motherf*cker lmao” or something similar in someone’s replies?), I’m suggesting that we take a step back from our worshipping celebrities and examine the situation at hand. They’re human beings, yes, but that’s exactly the point. It’s not a case where you can have it both ways: either they transcend above the rest of us or, like the billions of other humans polluting this Earth, they are just as equally flawed.

But even much as we want to construct a narrative that celebrities are exactly like us, they’re not. While they may be made out of the same material as the rest of us, celebrities are influential in ways that us regular mortals are not. With fanbase and interviews and products, celebrities often shape the culture that we live in. While that is admittedly a lot of pressure to carry, it should most definitely come with responsibility. The question is not whether or not a celebrity will slip – because they will – but rather what we, as the audience, should do about it. Ignoring the action in question will only further a potentially harmful institution and that’s the last thing that anyone should want.

As evident from history, celebrity worship can easily go from brushing aside simple misunderstandings to blindly ignoring actual crimes. Woody Allen sexually assaulted his daughter but is still revered in Hollywood. Sean Penn assaulted Madonna to the point of near death and presented an Oscar last year. Chris Brown beat Rihanna publicly and is on a national tour. Eminem built his entire career on violent misogyny and has won 28 awards as a result. Bill Cosby raped an entire slew of women and his comedy tour sold out. These are not “simple mistakes” following a lack of education: these are blatant acts of terror that we collectively ignored in the name of idol worship. If celebrities are indeed human beings, then they deserve to be treated like one, including being held accountable for their actions.

If you love your celebrity, then acknowledge that the best thing for them is not to endorse their faulty actions by turning a blind eye to it. Like the rest of us, they need to understand their actions so in turn, they can help others promote better values and behavior. In the extreme case of the figures using their position of power knowingly to hide their crimes, stop supporting their careers through a reluctance to see their offenses. Celebrity worship should not conflict with your obligations as a good human being and it most definitely should not exempt you from calling out bullshit as you see it. Celebrities are human beings as well, and it’s best that we start reminding ourselves of that. No one is undeserving of criticism if they are perpetuating negativity, not even your beloved idols.