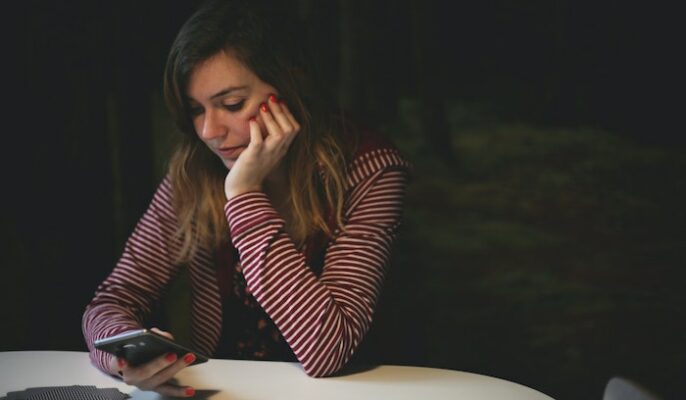 So you’ve had a few dates with a guy and you think the relationship is going somewhere. Then, all of a sudden, the line goes dead. He stops texting you, he’s not answering your emails, basically, he’s ignoring you.

I’ve been ignored before and I have some advice for what you can do when he ignores you. Read on to find out tips for the actions you should be taking.

Why Does He Ignore Me?

There are many reasons why a man may be ignoring messages or avoiding you in general. It could be that he’s busy or that he’s just not that into you, but most of the time, it’s because he thinks it will make him more desirable.

Dating and relationships are complicated. Men have a silly notion that if they ignore a woman, she will want him even more. And the sad truth is, it often works.

When you ignore your partner, chances are they will come running. They will hope that future contact will reduce the hurt they are feeling.

However, running back also shows a person’s vulnerable side. If the partner is not kind and caring, they will take advantage of your vulnerability making them more likely to hurt you again in the future.

How to Deal with Being Ignored by Someone You Love

Are you saying ‘he’s ignoring me’ over someone you love? If this is the case, you must really question your love.

If someone is worthy of your love, they will respect you. They will never play games with you and ignore you.

If they are exhibiting this type of immature behavior, you must ask yourself if this person is good boyfriend material. You may just decide that they are not and that it’s time to move on.

However, if you are in a loving relationship with this person and trust them, the reason they are ignoring you could be something more substantial. For example, maybe they truly are busy or maybe they are involved in some type of emergency.

What to Say When Someone Ignores You on Text

If your man is ignoring messages, it can be very frustrating. You can’t just keep sending the same texts and expect a response. Remember, the definition of insanity is doing the same thing over and over and expecting a different outcome.

Typically, the first step I will take when someone sees your message but doesn’t reply is to shoot them some question marks. This lets them know you are waiting for their response, and it gives them a chance to get back if they forgot to reply for a specific reason.

If you are still not getting a response, you can try him through other channels such as social media or you can send one more message. But remember, the more you try to contact him, the more it will encourage him to keep playing his games. After a while, don’t text him anymore. Don’t worry, he will get back to you when he’s ready.

Photo by Kev Costello on Unsplash