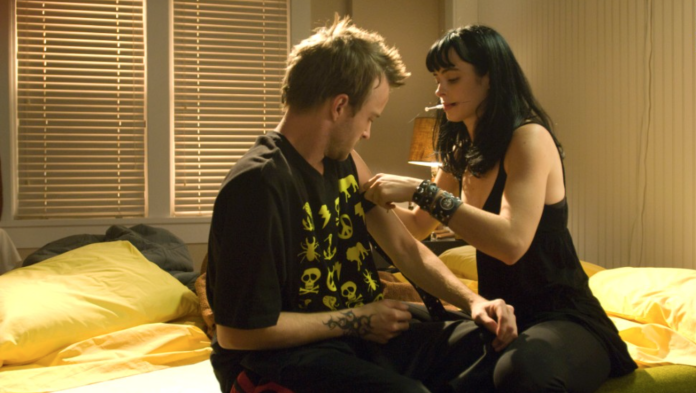 Let me start off with this: I don’t have some long, first-hand story about how addiction has impacted my life, or the life of someone who I’m close with, and I know I’m so, so lucky for that. I also know that makes this topic a little strange for me to tackle, but lately I’ve been so sick and tired of seeing front page headlines in my local paper about the latest heroin overdose, or any of the other myriad of things that can go wrong with addiction. Over the past few years, I’ve realized that I’ve been given the gift of gab, and even though I don’t have a direct connection to the tragedy of addiction, I feel like it’s important that I use that gift to join the conversation we all need to be having.

My hometown has just started to get people talking about this problem; we’ve been burying way too many young people, and we’re sick of it. Because we know that these kids aren’t bad kids, or stupid kids, or delinquents. They’re just kids who, in many cases, tried a drug out of sheer curiosity and got caught in the throes of addiction. My hope is for a silver lining to all this; that these tragedies will prompt us to have open dialogues, filled with understanding and love and hope, instead of anger and disappointment and blame. We need rehabilitation, not penalization.

I recently watched a documentary produced by a kid from the high school I graduated from where he collected interviews from young and local recovering addicts. Some of them have graduated, some of them are tackling that beast while still in high school, but they all have one thing in common – they all highlight just how freaking easy it is to succumb to curiosity just one single time and get lost in addiction. “It’s like selling your soul to the devil,” one kid says, and man does that scare me; how many times have we all rationalized something ‘bad’ in our heads? Haven’t we all, even on smaller scales, made deals with the devil? After seeing these kids, many of whom I recognize, I don’t think about the bad decisions they’ve made. Rather, I feel infuriated. Why aren’t we doing more to prevent these deals with the devil?

I hope we can look at our nation right now and see this simple fact; something clearly isn’t working. According to the CDC, the number of deaths by heroin overdose in this country nearly doubled in a two-year span. That jump happened between 2010 and 2012 and the study was published in the fall of 2014. Between 2001 and 2013, according to the National Association on Drug Abuse, heroin deaths increased fivefold. In that time span we also saw over half of prisoners spending a year plus in federal facilities serving time for drug-related crimes, according to the U.S. Department of Justice Bureau of Justice Statistics. It’s 2015 – imagine what’s happened in this country since all of this data was collected.

Look, I don’t know how to fix this nation’s war on drugs; if I did, I wouldn’t be 22, unemployed, and living at home.

The sad thing is, we don’t really have to use our imaginations to understand the depth of this crisis. All we have to do is read our town’s local newspapers. I can guarantee you there will be some sort of article about the unfortunate death of an addict, or someone you went to school with going to jail for drugs, or about a teen who needed to be revived by narcan (a drug frequently used to rescue individuals who have overdosed on heroin). Doesn’t that make you mad, or upset, or feel anything? Shouldn’t we be doing something about this problem that is clearly so preventable?

Look, I don’t know how to fix this nation’s war on drugs; if I did, I wouldn’t be 22, unemployed, and living at home. But I do know that a great stride toward fixing it is realizing that something in our country isn’t working. To get a better solution, we all have to demand one.

I don’t mean to ramble on, or post some giant lecture. I’m well aware that this isn’t a brand new message either; I’m certainly not the first young person contributing to this conversation, and definitely not the last, either. All I know is that I’m lucky to I write for a website where a bunch of people, who may be able to do more about it than I can, will read this. I know that I’m lucky enough not to have had my world turned upside down by heroin addiction. I know we should all be that lucky.