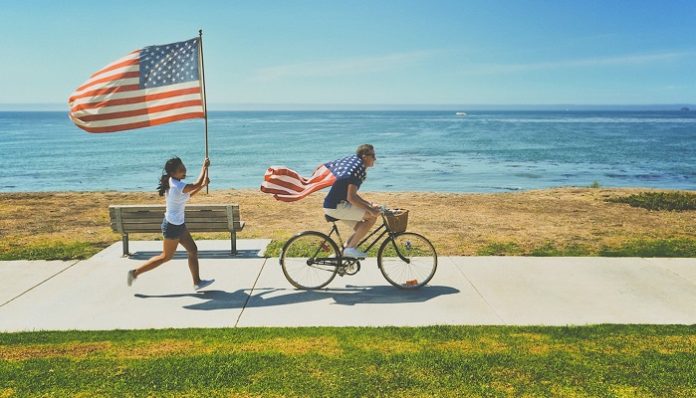 In my 23 short years of life, I’ve lived in a lot of different places around the USA.

I was born and raised in Chicago, Illinois. Then, when I was 15, my family moved to Orlando, Florida, where I finished high school and went to college.

A few months after graduating, my boyfriend and I moved to the mountain town of Glenwood Springs, Colorado. After deciding I actually didn’t like it there, we moved to Seattle, Washington, where we currently live (and we don’t plan on moving again!).

As you can see, I’ve lived in every USA time zone! Each region of the country has its unique quirks, but there are also many similarities. You might not know about these similarities and differences if you haven’t lived in each place, so I’m sharing them.

Here are ten truths I’ve learned from living all over the USA.

Southerners love to call northerners “Yankees” and talk about how much better the South is.

Growing up in Chicago, I never heard anything about southerners. But once I moved to Florida, multiple people commented on me being a northerner and called me a Yankee.

One stranger even called me a “Reformed Yankee” for choosing to live in the South. Technically, I hadn’t chosen it, but I didn’t tell him that!

2. Regional dialects are a thing.

I could write a whole article just on this!

Having grown up in Chicago, I use the term “gym shoes” instead of “sneakers.” I thought it was normal until I moved away and realized it’s just a Chicago thing!

Also, a friend told me that people from the South will say “coke” when they really mean “soda” (or “pop” if you’re from the Midwest). It’s insane how many different terms there are around the country that you’ve never heard of before.

When I lived in a small town for a year, I worked a customer service job. It was very confusing to ask people for a phone number and hear seven digits instead of ten.

But when you live in a town with one area code, why say it every time?

4. Floridians care way less about natural disasters than the rest of the country.

While people in other places might freak out about hurricanes, Floridians will throw hurricane parties! Hurricane-like winds and rain are so commonplace that it would have to be really serious to get a Floridian worried.

5. Speaking a second language is more/less impressive depending on where you are.

I’m fluent in Croatian. This fact is WAY less impressive in Seattle and Chicago, where there are larger Croatian populations, than somewhere like Florida or Colorado.

In the North, it could be near freezing and people will still say “it’s not too cold.” In warm states like Florida, there will be mass hysteria if the temperature ever falls below 50 degrees.

7. Everyone thinks their state’s drivers are the worst.

You hear it everywhere you go! However, based on everywhere I’ve lived, I would 100% say Florida drivers are the worst. Sorry!

8. If you like a different state’s sports team, beware.

Tread lightly with your sports preferences if you’re not rooting for your state/city’s team. This is especially difficult if your area has more than one team.

For example, as a kid in Chicago, you had to choose whether you were a Cubs person, a Sox person, or just not into baseball. It’s treated as a monumental choice.

9. You can get used to anything if you live in a place long enough.

Sometimes you might hear about some things people have to deal with in their part of the world and think to yourself, “I could never live like that.” But, trust me, you can.

Living in the mountains of Colorado, I somehow got used to mudslides regularly shutting down the highway, with detours adding hours to a trip. On the other hand, in Seattle, I got used to a constant barrage of rain every day.

People can get used to a lot of things!

10. You can find great people anywhere.

You can find help and a support system in some unexpected places. Even if a place isn’t right for you, there are still good people to be found. And I’m grateful for every person across the country I’ve met!

Are there any ones I’ve missed? Let us know in the comments!